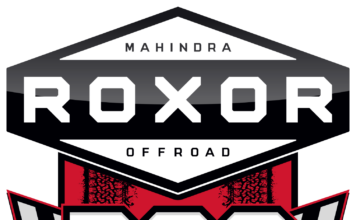 Michael Annett
No. 1 Pilot Flying J Chevrolet
• Michael Annett enters New Hampshire Motor Speedway having earned seven top-10 finishes in his last eight starts, with three top-five runs in the last five outings.
• The 1.058-mile oval at NHMS has been good to Annett. In seven starts, the Iowa native has a top-five and two top-10 finishes, the best being a fifth-place run in 2013.
• Annett is a solid finisher at NHMS, having completed all but two of the 1,419 laps run there in his seven starts (99.9 percent).
• Annett’s average finish on 1-mile tracks so far this season is 9.0, with an eighth-place run at Phoenix and a 10th at Dover.

Justin Allgaier
No. 7 BRANDT/Rev1 Energy Chevrolet
• Justin Allgaier has five top-10 finishes in eight starts at NHMS, with a best effort of sixth in 2010.
• This season on tracks measuring 1 mile or less, the Illinois native has three top-three finishes, including a second place finish at Dover, and has paced the field for 225 laps.
• Allgaier has four wins on tracks 1 mile or less in length: Dover 2018, Iowa 2018, Phoenix 2017, Bristol 2010.
• This weekend, BRANDT will be sharing sponsorship of the No. 7 Chevy with Rev1 Energy, a full-service commissioning services organization.
• Allgaier currently sits fifth in the NXS point standings, 147 markers outside of the lead.

Ryan Truex
No. 8 Bar Harbor Chevrolet
• Ryan Truex returns to the No. 8 Chevrolet for the secondconsecutive NXS race this weekend at NHMS for JR Motorsports.
• In two previous starts for JRM, Truex has recorded one top five and two top 10s with a best finish of second coming at ISM Raceway.
• In two previous NXS starts at NHMS, Trues has scored a best finish of 10th in 2012.
• This season the No. 8 Chevrolet for JRM has scored four top fives and 12 top 10s, including Truex’s second-place effort at ISM Raceway.

Noah Gragson
No. 9 Switch Chevrolet
• Noah Gragson will make his first NXS start at NHMS on Saturday afternoon.
• Gragson earned the pole and led for 40 laps in his lone start at the New England track in the NASCAR Gander Outdoors Truck Series in 2017.
• In nine previous NXS starts on tracks between 1 and 2 miles in length, Gragson has recorded two top fives and six top 10s with a best finish of third coming earlier this season at Las Vegas Motor Speedway.
• Gragson currently sits sixth in the championship standings following last weekend’s top-10 performance at Kentucky, 109 points ahead of the 12th and final Playoff position.

“New Hampshire has been a good place for me in the NASCAR Xfinity Series. Something about the layout seems to agree with our cars and my driving style. We are on a roll with our No. 1 Pilot Flying J Chevrolet lately, and it was such a good run for us last week at Kentucky. As a team, we knew that we had to run in the top five and top 10 to be in position to win these races, and that’s what we’ve been doing. The playoffs aren’t that far away, and we are gaining the form we need to be successful when they start.”– Michael Annett

“Loudon is one of those tracks that I feel like our No. 7 team always runs well at, but we never quite get the chance to battle for the win when it comes down to the end. With as strong as we’ve been on similar tracks this season, I’m hoping we can turn that around this weekend and get our BRANDT/Rev1 Energy Camaro to Victory Lane. That win is still eluding us this season and it’s time to get that monkey off our backs.”– Justin Allgaier

“I’m really happy to be running this No. 8 Chevrolet in back-to-back weekends for JRM. I feel like Taylor (Moyer, crew chief) and I have a good baseline to build off of after last weekend in Kentucky and I am confident that we can back up that top-10 run with an even stronger result on Saturday.” – Ryan Truex

“New Hampshire will be an interesting race for sure. We’ve had some good speed this season on the flatter tracks and hopefully that can resonate into another strong run on Saturday. I know that everyone on this Switch Chevrolet has been working their guts out in the shop and I can’t wait to get to the track and keep this momentum we’ve had throughout the summer going.” – Noah Gragson

JRM Team Updates
• JRM at New Hampshire: In 30 NXS starts at NHMS, JRM has tallied four top fives and 16 top 10s. The organization also has one pole award coming in 2008 with driver Landon Cassill.
• JRM 2019 Performance: Through the opening 17 races of the NXS season, JRM has earned one win, 19 top fives and 42 top 10s. Michael Annett scored the organization’s first victory of the year in the season-opening event at Daytona International Speedway.
• Allgaier Xfinity Store Appearance: On Friday, July 19, Justin Allgaier will visit the Xfinity Store located at 1500 S. Willow Street in Manchester, New Hampshire. From 6-7 p.m. ET, fans can stop by to get an autograph and photo with the No. 7 driver.