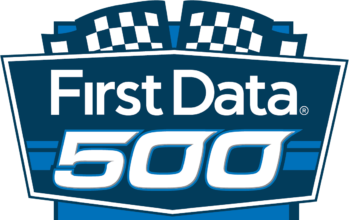 Joey Logano, No. 22 Shell/Pennzoil Ford Mustang – IS YOUR WIN LAST YEAR THE BIGGEST OF YOUR CAREER? HAS YOUR ANSWER CHANGED FROM LAST YEAR? “Maybe and maybe it hasn’t. It’s hard to say. I still look at this race last year as kind of the championship race, in a must-win situation in a way, to be able to make that happen that was great. It’s hard to say that Miami is not the biggest race win, though. That one was really for the championship and we were able to do that, so they’re probably right up there together as biggest wins. It doesn’t discredit the Daytona 500 or those crown jewel events, but, to me, championships are bigger than crown jewel race wins, so if you look at that and that’s the path to get there, then this ends up being probably one of if not the biggest win of my career.”

A COUPLE OF GUYS FROM THE 12 TEAM ARE ON YOUR PIT CREW NOW. HOW BIG OF A DEAL IS THAT AND IS THERE ANY CONCERN OF DISRUPTING THE FLOW YOUR CREW HAD? “No, it doesn’t concern me. We had a rookie jackman this year who has made a lot of good gains over this season, but I feel the opportunity to put basically the same team together that won the championship last year for the next few races I think was a smart play. We definitely needed some speed from the pit crew side of things and putting the band back together from where it was last year when we won the championship makes sense, so I was on board with that.”

DID YOU LEARN ANYTHING ON RESTARTS LAST WEEK AT KANSAS THAT YOU MIGHT BE ABLE TO APPLY NEXT WEEK AT TEXAS? “Yes and no. Kansas is such a different race track than Texas is. The way you race at Texas with that d-shaped front straightaway that makes the track really wide – you have more of that in the quad oval or whatever they call it, and that tightens it up a lot to where there’s not really a four-wide opportunity – there’s three-wide and three-wide is tight to get through there. You have a much narrower turns one and two than Kansas does, at least from the groove part of it, and then three and four you’re pretty much wide-open all the way through that one, so just a lot different race track. It’ll race much different than Kansas did, so I don’t know much from the restart stuff will transfer.”

OF THE NEXT THREE RACES IN THIS ROUND WHERE IS YOUR BEST SHOT TO WIN? “I probably would say here, but I do think Texas will be a good track for us. Phoenix has been a challenge for us. We’ve won there before, but the last four or five races has been a bit of a challenge for us. We’ve made some small gains to get back to where we were. We ran better there in the spring than we have in the past couple years, but that’s probably when I look at one of the most challenging tracks of the next three races, I probably would look at Phoenix as that. I look at our best ones as probably here and Texas.”

HOW DO YOU FEEL ABOUT MARTINSVILLE? “For racing I don’t think it gets much better. I don’t think there’s any race fan that says, ‘I hate watching races at Martinsville.’ I don’t think anyone says that. This is a great race track. It goes to show that you don’t have to be going 200 miles an hour to put on a great race. This is the slowest track we go to and there’s more contact and bumping and banging. It’s old school short track racing. Like you go to any of your grassroots type race track around where you live and watch late models race or whatever it may be that’s running at the time, it’s a lot like Martinsville there. I think our sport was built on race tracks like this and I’m sure this race track itself. All you have to do is look at the pictures in here. I think that’s what makes Martinsville so special is it’s stayed true to the roots of our sport and still to this day proves that short track racing is some of the best racing we’ll see all year.”