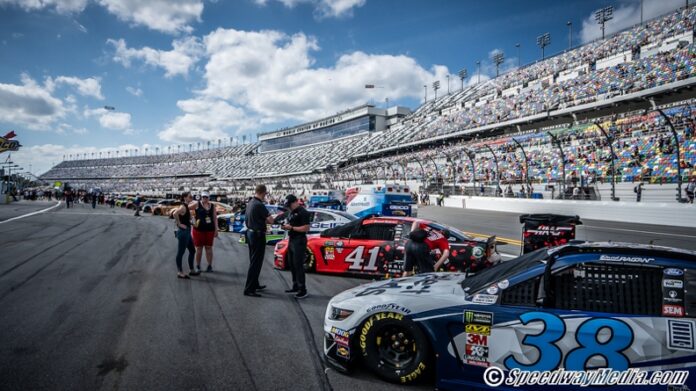 As the 2020 NASCAR racing season approaches, there have been numerous changes announced.

This year we will see a return to the name, NASCAR Cup Series, with not one, but four Premier Partners in Busch Beer, Coca-Cola, GEICO and Xfinity. We will also see a new Chevrolet as NASCAR transitions from the Camaro ZL.1 to the Camaro ZL1 1LE that will make its debut during Daytona Speedweeks.

The most significant schedule change was moving Daytona’s second race of the year from the July 4th weekend to host the Cup Series regular season finale on Aug. 29.

Also, Phoenix Raceway will now host the final race of the year and crown the Cup Series champion on Nov. 8. Homestead-Miami Raceway, after hosting the finale for almost two decades, will race on March 22 moving it out of the Playoffs. Other sports franchises have also made schedule changes. Such as the NBA, considered one of the most valuable sports league franchises on the planet, with b-ball fans enjoying a wager on their favorite teams week in, week out. The NBA worked closely with its teams and domestic broadcast partners to schedule earlier start times for doubleheaders. The number of doubleheaders at 8 p.m. to 10:30 p.m. ET have been reduced by a combined 42 percent.

Another interesting development was the decision by NASCAR to use a reduced-downforce package on six short tracks and all three road courses in 2020. Its goal is to limit downforce and increase the level of competition.

There will also be a couple of drivers missing from the lineup in 2020 as Paul Menard and David Ragan retired from full-time racing at the end of the 2019 season.

Jimmie Johnson has announced that 2020 will be his final full-time season competing in the NASCAR Cup Series. The seven-time champion made his first Cup start in 2001 with Hendrick Motorsports, the organization where he has spent his entire career.

You can visit nascar.com for a complete list of all the changes coming in the 2020 season.

The list of drivers on the move include Christopher Bell who will make the transition from the Xfinity Series with Joe Gibbs Racing to Leavine Family Racing in the Cup Series. His crew chief, Jason Ratcliff, will move with Bell to LFR.

Chris Buescher will move from JTG-Daugherty Racing to the No. 17 Roush Fenway Racing Ford formerly driven by Ricky Stenhouse Jr. Stenhouse, after seven years with RFR, will race for JTG-Daugherty, taking his crew chief, Brian Pattie, with him.

Cole Custer will also move up to the Cup Series as he stays with Stewart-Haas Racing. He will pilot the No. 41, replacing Daniel Suarez. Mike Shiplett will accompany Custer to continue as his crew chief.

Matt DiBenedetto will be taking over No. 21 Wood Brothers Racing Ford, replacing the retiring Menard, in his sixth year of competition in the Cup Series.

The official start of the 2020 NASCAR Cup Series season begins with the Daytona 500 on Sunday, Feb. 16 on FOX TV.