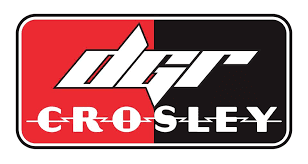 Hailie Deegan has a big weekend ahead of her at Daytona International Speedway. It will be her first start at the 2.5-mile superspeedway and her first race in the No. 4 Monster Energy Ford Fusion. This season she will run the full 20-race ARCA Menards Series schedule competing for the championship, as well as Rookie of the Year honors.

Deegan made six ARCA Menards Series starts last season with one top-five and four top-10 finishes. Her best finish of fifth came at Lucas Oil Raceway in Indianapolis. She also competed in the full 14-race ARCA Menards Series West schedule where she earned two wins, eight top-five and 11 top-10 finishes. In addition, she scored her first win in the West Series in 2018.

Deegan and her No. 4 team tested at Daytona with their DGR-Crosley teammate Tanner Gray last month. She spent time working on single-car runs, as well as learning to work in the draft with Gray and the other Fords. Deegan will also look to co-owner David Gilliland for advice since the veteran driver has made several starts at Daytona in various NASCAR series

Deegan on Daytona: “The Daytona test last month was great. I’ve never been able to drive a car wide open for laps at a time. That’s something that I’m not used to. I’m used to the quarter to half-mile race tracks where you are super up on the wheel and super aggressive. With this different driving style, and drafting there is just so much more to learn and so much I can improve on to get better and more knowledgeable.”
﻿Tanner Gray, No. 17 Ford Performance Fusion

Tanner Gray will make his first start at Daytona in the ARCA Menards Racing Series on Saturday in the No. 17 Ford Performance Fusion. To date, the largest track Gray has competed on is the two-mile oval of Michigan International Speedway where he posted a fifth-place finish. Gray and his No. 17 team tested at Daytona with their DGR-Crosley teammates last month.

It will be a busy Speedweeks for Gray. In addition to the ARCA race on Saturday, he will also be competing in the ARCA Menards Series East race at New Smyrna Speedway on Monday night, Feb. 10 and the NASCAR Gander RV and Outdoors Series race on Friday, Feb. 14 in his No. 17 Ford F-150.
﻿

Gray on Daytona: “This will be my first race at Daytona, so it was really helpful I was able to test there last month. I learned a lot at the test from single-car runs to drafting with my teammate, Hailie Deegan. Running the ARCA race on Saturday will also give me more seat time before the truck race the following week. Although the aerodynamics of the vehicles will be totally different, getting time in the draft and getting a feel for it will be a big help. I’m excited to get back on track.”
﻿Thad Moffitt, No. 46 Richard Petty Performance Plus Motor Oil Ford Fusion

Over the past three years, Moffitt has run 15 ARCA events with five top-10 finishes. Four of those top 10s came last year. He does have some experience at Daytona after competing in last year’s ARCA race. He finished 27th after a blown tire with nine laps to go took him out of contention.

Moffitt is looking forward to Daytona and his first race with DGR-Crosley. He was not able to test at Daytona last month since his car was not ready, but was there to communicate with his teammates, Hailie Deegan and Tanner Gray. Their input combined with his experience from 2019 should put him on the right track for the weekend.

Moffitt on Daytona: “Last year we started off on the right foot being top 10 in both practices and qualifying on the outside front row. Only 20 laps into the race my window net fell down, so we lost a lap making a green flag stop to fix it. I got back on the lead lap and was 11th with nine to go when I blew a right-rear tire and backed it into the fence. It just wasn’t our day, but hopefully this year will be much better. I’m expecting a good run and to compete for the win. I expect all three of the DGR-Crosley Fords to have a shot at winning if we work together and keep it in one piece with 10 to go. We can all be up front and in the top five.”