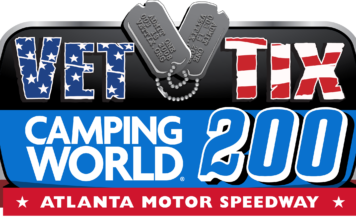 With a newly structured schedule this season, the Truck Series will head to the one-and-a-half-mile track near Atlanta for the third race of the 2020 season. The No. 38 team has a best finish of seventh-place this year which occurred at Las Vegas (Nev.) Motor Speedway. Gilliland and his FRM team have been strong contenders each race weekend, running inside the top-five and challenging for the lead multiple times. They currently sit ninth in Driver Point Standings.

Gilliland has one previous start at Atlanta Motor Speedway, which occurred in 2019. The 19-year-old driver started the race from the 11th position and collected a ninth-place finish in his track debut last season. While Gilliland doesn’t have a lot of experience on the abrasive track in Atlanta, he has practiced on the Ford Performance Simulator as well as spent time with his spotter, Coleman Pressley, reviewing film in preparation for Saturday’s event.

Gilliland on Atlanta: “Overall, I’m excited for Atlanta this weekend. It’s one of the most fun mile-and-a-half race tracks that we go to because it has a very worn out surface. On top of the great racing it produces, there will be a lot of Cup Series drivers racing this weekend, which will help us put on an even better show for the fans. I’m really hoping that we have a good finish on Saturday for everyone working hard at Front Row Motorsports and for our new sponsor Mannington Commercial. The truck looks great, and I want to give them a nice welcome to our team and the Truck Series. We’ve been strong in both races so far this season, just don’t have the finishes to show how well we’ve been running.”