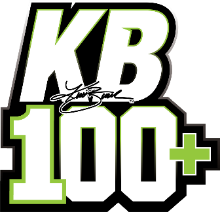 Vet Tix is a national 501 (C)(3) which has provided more than 9 million event tickets to the military and first responder communities since 2008. The mission of Vet Tix is to give back to those who have served our nation as active duty military, reserves, veterans, and first responders.

Finding a reliable mechanic to service your car can be a stressful situation. More often than not you’re going to be looking for a mechanic when your faced with an emergency. This is why Lucky’s Auto Shop provides all of our customers with fast, friendly, and affordable auto repair services.

In 2019, Busch started the KB100, which made a personal commitment to offer 100 tickets to every NCS race through a partnership with Vet Tix. Last season more than 50,000 veterans and active servicemembers requested the nearly 4,000 available tickets. In 2020, Busch announced plans to enhance the offering to Vet Tix members by encouraging other drivers, sponsors and industry partners to consider matching his offer of 100 tickets to each race creating the KB100 Plus ticket giveaway. In just the first four races of the season several drivers such as, Dale Earnhardt Jr., Kyle Busch, Riley Herbst, Jimmie Johnson and Alex Bowman, have already supported the additional Vet Tix offering.

Kurt Busch, Grand Marshal, Vet Tix Camping World 200: “I am honored to be selected as the Grand Marshal for the Vet Tix Camping World 200. I have enjoyed a great relationship with Vet Tix over the past year. It’s a great organization; not only for their support of the KB100 Plus program, but for what they do to help get active service members and veterans to hundreds of events around the country. I have a great appreciation for our nations military members and veterans and am proud to be a small part of what Vet Tix does to service that community”.

“We are beyond excited to have Kurt Busch be the Grand Marshal of the Vet Tix Camping World 200. Our motto is “give something to those who gave” and Kurt defines that like no other. He has, on his own accord, been one the most significant ambassadors to our current serving, veterans and first responders in our program’s history. Kurt and his KB100+ initiative creates countless memories to our NASCAR-seeking VetTixers at every race. Thank you Kurt, for being the final piece of the puzzle of what’s going to a very exciting race.”

Veteran Tickets Foundation (Vet Tix), a national 501(c)(3) nonprofit organization, provides free tickets to sporting events, concerts, performing arts and family activities to currently serving military, National Guard and Reserves, veterans of all eras, immediate family of those killed in action, and VetTixers’ caregivers. Since 2008, Vet Tix has provided over 9 million free event tickets to more than 1.5 million members. In 2018 Vet Tix launched 1st Tix, which provides the same service to our nation’s current and retired law enforcement officers, firefighters, and EMTs. These events help service members, veterans and first responders reduce stress, strengthen family bonds, build lifelong memories, and encourage them to stay engaged with American life and their local communities. Vet Tix spends over 95 percent of its revenue on programs, ensuring that we give back to those who have given so much. Visit VetTix.org and 1stTix.org to learn more, and follow us on Instagram, Twitter and Facebook.

About KB100 Plus Ticket Giveaway:

In 2020 Kurt Busch announced plans to enhance his offer to provide 100 tickets to every NASCAR Cup Series race through a partnership with Veteran Tickets Foundation (Vet Tix). In addition to his 100 tickets offered, he has called upon other NASCAR Industry stakeholders such as drivers, sponsors and tracks to match his offer to bring more Vet Tix members to the race track on a weekly basis. In addition to the match fans can also make donations to Vet Tix to help support their mission in providing free tickets to sporting events, concerts, performing arts and family activities.