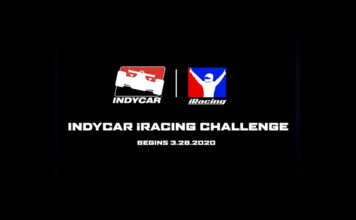 Formula 1 star Lando Norris received an invite this past week to compete in Round 5 of the IndyCar i-Racing Challenge at Circuit of the Americas in Austin, Texas. Norris qualified on the pole with Arrow McLaren SP and dominated the early portions of the race before spinning on Lap 16 off the final turn. However, it took pit strategy and focus to get back to the front, where Norris eventually took the lead and race win in his first IndyCar try.

“It was not easy for sure,” Norris said to NBCSN following his victory. “It was a tough race, especially Pato (O’ Ward) closing down with new tires at the end. I didn’t think I was going to get back to the lead and I was kind of gutted. But, I got the call from my race engineer to keep pushing, then Will (Power) spun. I don’t know what happened to Will. That was the key basically was Will spinning to get me back to P1.”

As soon as the IndyCar Challenge began, it was all Norris for the early parts of the event. With a competition caution on Lap 12, many drivers, including Norris, pitted. Though Power did not pit and stayed out to assume the lead prior to the caution.

After the restart, Power led Felix Rosenqvist and Rinus VeeKay who held the top three spots. Norris had restarted in the sixth position after his pit stop. Unfortunately, after Norris had been charging through the field, all that track position was lost on Lap 16, where he spun off Turn 20 which is the final turn at Circuit of the Americas. Power would ultimately do the same thing a couple of laps later after his pit stop and almost took out his teammate Scott McLaughlin in the process. Despite the spin, Norris was already back up to second on Lap 20.

In what was a pit strategy type race, the final round of pit stops began to take place with around 10 to go and McLaughlin was the first to pit. As McLaughlin pitted, Arrow McLaren SP driver and Lando’s teammate, Pato O’ Ward, held the lead over Lando and Ericsson. Ultimately, Norris went in for his final pit stop with eight to go from second.

After pitting, Norris beat McLaughlin to the track and would cycle out to the lead if everything went to Norris’ favor. As the laps wound down, there were a couple of close incidents, as Rosenqvist spun right in front of Norris with four to go. Eventually, Norris took the lead and the race win but had to hold off O’Ward in the process.

Up Next: The “Dream Track” and the final round of the IndyCar i-Racing Challenge will take place at the virtual Indianapolis Motor Speedway on Saturday, May 2 at 2:30 p.m. ET live on NBCSN. There will be an Indy 500 qualifying session taking place on Wednesday. Currently, full-time IndyCar teams, IndyCar Challenge winners, and Indy 500 winners will be automatically locked into the race, as the rest of the starting spots will be filled up.