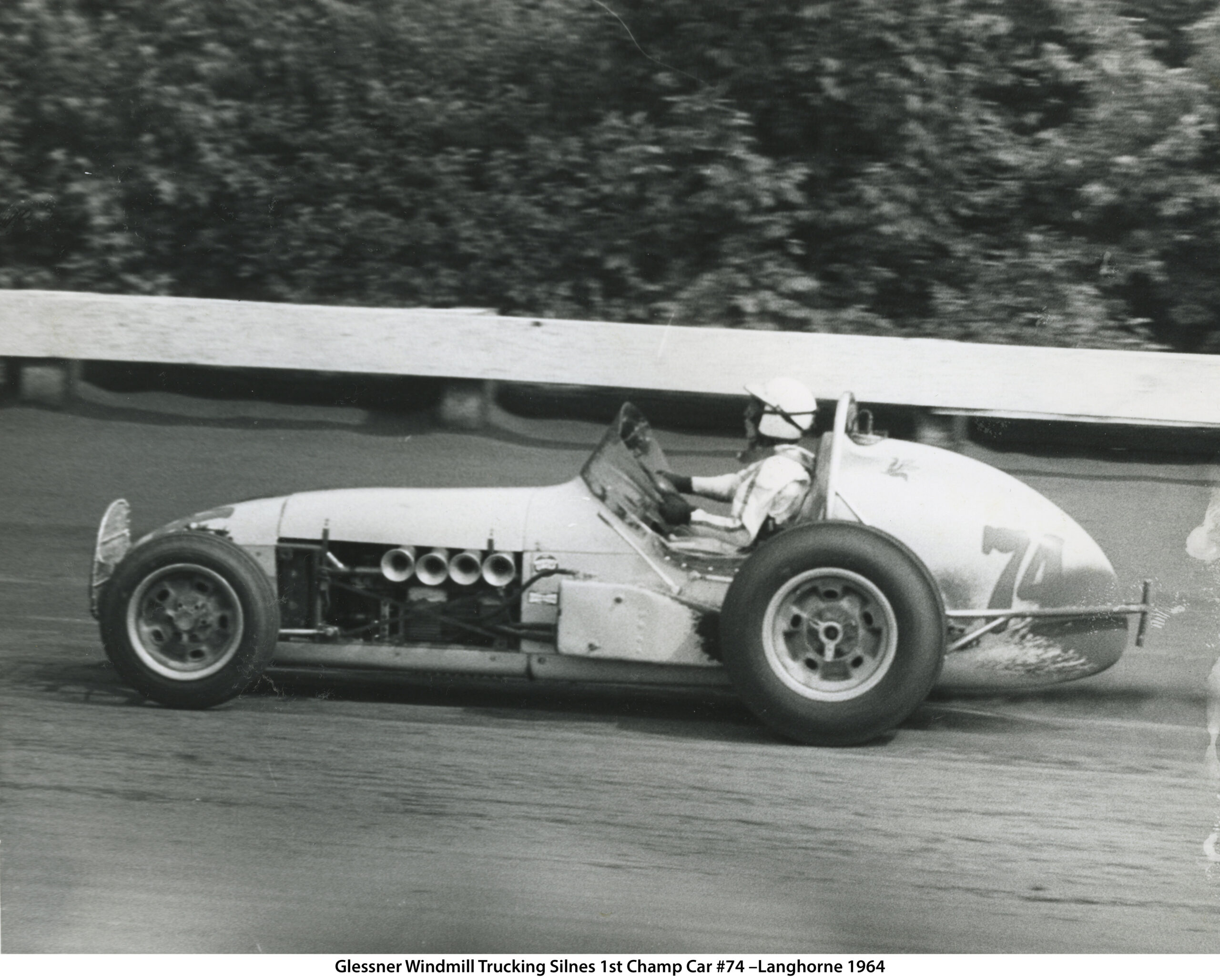 In a continuation of the column “First Seasons” that highlights the early years of a driver’s career, Speedway Media caught up with racing legend Mario Andretti. During this interview, Andretti discusses his early USAC Champ Car days, his first race as a USAC driver, his first Indy 500, and if he would do anything differently all these years later.

SM: You broke into the sport driving for the USAC Champ Car Series. Was that a dream come true for you?

MA: “Oh absolutely, Andretti said. “That was my objective since I started in 1959 to reach the top level in getting to USAC. You know before getting to USAC, you’re going to be driving against big names in racing. You would be racing against A.J. Foyt, Roger McCluskey, Parnelli Jones just to name a few. The bottom line is, I am going through the ranks. I started my own car. I was driving TQ Midget Racing, URC (United Racing Club), ARDC Midget Racing (midgets in the east). In ARDC, I felt like I was up against the best midget drivers ever in that era. But in a way, you’re almost never satisfied until you reach the top level. It’s kind of like a University.”

“For me, it was pivotal for finally getting a chance in USAC. When I was first offered a ride, they weren’t winning rides, but I think I showed I belonged there. You always have an angel somewhere. I remember one of the chief mechanics in Champ Car, Joe Langley in Indianapolis. I had never met the guy, but for some reason, he was saying really nice things about me. The word started going around about me and that’s how I landed a ride with Rufus Gray. That was the ultimate blessing for me. The previous driver had left to go race elsewhere. It was not the latest chassis, but at the same time, it was a good car and the engines were great. Rufus was a great guy. He gave me everything I could want.”

“In addition, I finally won the 100-lapper at Salem toward the end of ’64. It was a great feeling because of who I was up against. That ultimately solidified my ride with Clint Brawner. I am forever grateful for those people who believed in me and that kicked start my full season in 1965.”

SM: With that, you raced with a lot of legendary racers that year. Jim Clark, Al Unser, A.J. Foyt, and the list goes on and on. Did you feel at all intimidated racing against those names knowing what they are today?

MA: “Well you know, these were the guys that were setting the standards,” he said. “They were just a little bit ahead of me. Big Al (Unser Sr) was a rookie like me. But A.J. was five years ahead of me, was totally established. And of course, you had guys like McCluskey and Jones. They were bigger than life at the time. I figured that if I could measure up against this type of talent, it could give me the confidence and the feeling that I belong.”

“I had a regular job that was flexible and the owner of the company, we were building golf carts. The owner of the company understood my passion for racing and he allowed me to leave early to go race. In ’64, I told him I am taking a full month off because there were three Sprint Cars races during May and I wanted to be at Indy. He said, ‘Well Mario go ahead, but I can’t guarantee I can hold your job. I said, ‘that’s fair enough.’ So of course, I never went back. My objective was to be a 100 percent race driver and not have to worry about anything else. My wife was very quiet, but a supporter of everything I did.”

SM: During those initial years, you were driving for different owners. Was that ever a challenge for you?

MA: “I had no choice,” Andretti said. “I did everything I could. You take your best shot at what is available. Certainly, it wasn’t a top ride that you would hope for, but people in the know they can see if you’re doing a good job with what you have. That’s what I had to demonstrate. You can’t perform miracles. When the experts see, let’s see if we can put him in a car that has good quality. I think in some of those rides, the owners gave me the best they could. It was limited, but still did a decent job. It was just a matter of stepping stone to stepping stone.”

“I think the only season I drove a full-season was in ’64. In a couple of years, I was venturing on to different Motorsports like Sports Cars. I look back at my career and there were some important things that had to happen to propel me to the next level. Once I reached the USAC level, I thought well, this is my home. I better perform to my standards.”

SM: Your first race that season was at Trenton. Was it everything you expected as a driver?

MA: “There no preparation at all,” he said about preparing for that race. “It was only mental. I didn’t have the luxury of having a test. Doug (Stearly, Mario’s First Owner) was a great guy. He was watching me in Midgets. He was another guy who believed in me and he offered me a ride at Trenton. It was a small team and there was no testing.”

“I arrived there on race day. Back in those days, it was a one-day show. You didn’t have a practice session the day before. It was practice in the morning, qualify later, and then eventually, the race. The guy who had driven that car before me was Troy Ruttman, who was twice the size as me physically. I had to ask him to do some padding on the seat, so I can get a feel of the car and didn’t have a lot of time to do a good job. The seat was foam rubber and I needed something more solid. I had no feel for the car and I was concerned about that.”

“You know, I have to tell you this story. I was watching someone in practice because I had never run Trenton before. In a Champ Car, I wasn’t used to that type of speed. I was watching people backing off in Turn 1, so I could regulate myself. I told my brother, ‘go on the back straight before Turn 3.’ There was a big tree there on the left side. I said, somewhere along the line, ‘stand there where some of the top guys are backing off, so I can judge myself.’ He went down another 20-yard deeper and so I go out there, and I was already too deep (going into the turn). I ended up spinning and luckily I did not hit anything. Later on I told him, ‘What were you doing to me?’ He said, ‘Well you wanted to go fast.’ I questioned him and said, ‘Are you trying to kill me?’

“But for the race, I think it was a respectable performance. I think I finished 11th in my first race as a roadster like that. I was obviously happy with that. In those days, you didn’t get a Champ Car license. I got a huge chewing out by the race director and he said, ‘Kid if you do that one more time, you’re out.’

SM: In 1965, you made your first Indy 500 start. Talk about that race and what you remember to this day?

MA: “Well going into that first 500, I didn’t have any experience in a rear engine car,” Andretti said. “Up to that point, the only experience I had was driving a roadster. When we arrived at Indy, the car was late. I didn’t get a chance to drive at all during the first week of practice. The final day you could take a drivers test was Wednesday. My car didn’t arrive until Tuesday, the day before. I was chomping at the bit to get in there, as I had no idea what to expect.”

“For the grace of God, I was pretty good right out of the box. I took the drivers test that Wednesday and I finished it in good shape. I remember one of my crewmen told me, ‘Okay, tomorrow (Thursday of that week) we’ll see how fast it goes.’ I told them, ‘I would really like to get a crack at this before 6 p.m.’ So, I went out and I had the third quick time of the day. After that, I was sleeping a lot better. Before that point, I had a lot of sleepless nights as you can imagine. I had never ever sat in a rear engine car before that. Our team did a phenomenal job on the car. It was a blessing for me, because that gave me Rookie of the Year.”

“During the race, we were very conservative. Everybody was using 20-30% nitro, while in qualifying we were using straight gasoline. We ran straight gasoline in the race. We still finished third. And afterward, to go win my first national championship in my rookie season was huge. I had only won one road race that season, which occurred at Indianapolis Raceway Park.”

SM: Would you say, that was a fond memory that you still remember to this day?

MA: Oh my gosh, definitely,” he said. “I mean think about it. Did I expect to win the championship over the competition that I was facing in my very first full season? No way. That did wonders for my career. After that, I drove everything from NASCAR to Sports Cars. I wanted to spread my wings and I was ambitious.”

MA: “Not really,” Andretti said. “At the same time, I made some mistakes. When I look back, what I know now if I had the opportunity to revisit, you’re damn right I would do it better. Realistically, do I have any regrets? Hell no. Those mistakes taught me. Every mistake teaches you a lesson unless you’re some kind of a dumb-dumb. There were mistakes I made and there were definitely some races, I wish I can have back. Not a lot of them, but there are some. That’s the only thing I would probably do differently. However, the rest of it, I look at it on how blessed I was at the opportunities I had. I was a young lad and you had to be there, and race when that opportunity came up.”