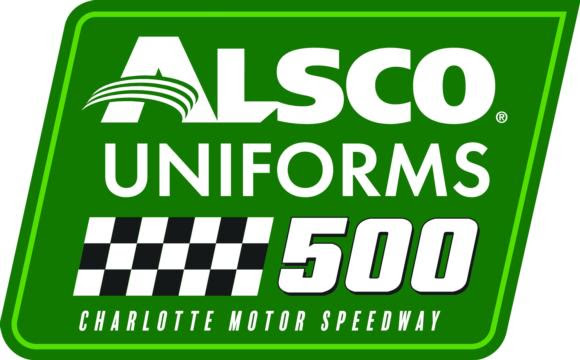 · NASCAR continues its return to racing Wednesday with the fourth Cup Series event in a 10-day span as Charlotte Motor Speedway hosts its second consecutive race – this time a condensed, 310.6-mile shootout.

· From Sunday’s Coca-Cola 600 to Wednesday, cars will turn nearly 1000 miles this week alone as the series is slated for its eighth points race overall of 2020, and fourth in the return of the sport. Following Wednesday’s race, the NCS will then hit five different tracks from May 31 – June 21 in the remainder of the announced scheduled so far.

· Four weeks of NASCAR action were completed prior to the hiatus with races at Atlanta, Homestead, Texas, Bristol, Richmond, Talladega, Dover and Martinsville postponed.

· Buescher overcame an early pit road penalty and turned some of the quickest laps in the field to cross the line 11th in Sunday’s Coke 600. He was later credited with a top-10 finish in the Fifth Third Bank Ford after the disqualification of the No. 48.

· The starting lineup for Wednesday night’s 310.6-mile race will once again be set by an invert of the top-20 finishers, meaning Buescher will roll off 11th in the Fastenal Ford.

· Buescher makes his eighth Cup start at Charlotte on Wednesday. Overall he carries an average finish of 19.4 at the 1.5-mile track.

· Dating back to his sixth-place run in last season’s Coke 600 – and following Sunday’s result – Buescher now has two-straight top-10 finishes at the CMS oval.

· Buescher also made five starts at Charlotte in the NASCAR Xfinity Series for Roush Fenway from 2013-15, earning three top-10 finishes with a best of sixth in 2014.

· Lambert will be atop the box for his 14th NCS race at the CMS oval. Overall he has an average finish of 16.7 in 13 starts.

· With he and Buescher’s 10th-place finish in Sunday’s Coke 600, Lambert has five top-10 runs overall as a crew chief at CMS.

· Lambert also called two NXS events at CMS with Elliott Sadler in 2012, finishing fifth and third after earning the pole in the fall race that season.

QUOTE WORTHY
Buescher on Wednesday night’s race:
“Looking back at Sunday, it was nice to finally have a good run and have some things go our way. We were turning some pretty quick laps throughout much of the race, which gives us some good notes and confidence going into Wednesday. It’ll be much shorter, but we have to stay focused coming off a long 600 miles on Sunday. I’m excited to continue this return to racing in our Fastenal Ford.”

On the Car
Fastenal celebrates its 10th season with Roush Fenway Racing in 2020. The Minnesota company spent three years on the No. 99 before jumping to the No. 17 Cup Series entry, and were the primary partner on the No. 60 Xfinity team that captured the owner’s championship in 2011.