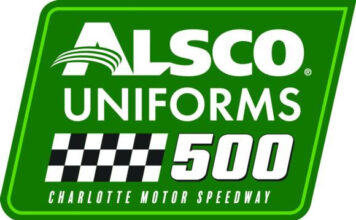 NASCAR concludes its run of four Cup Series races in 11 days with a return to Charlotte Motor Speedway for Wednesday night’s Alsco Uniforms 500. Ford has won two of the first three series races since returning to action with Kevin Harvick (Darlington 1) and Brad Keselowski (Charlotte 1).

FORD IN THE NASCAR CUP SERIES AT CHARLOTTE

· Ford has 32 all-time series wins at Charlotte.
· The last four wins by Ford at Charlotte have all been by Team Penske drivers.

Brad Keselowski’s win in Sunday’s Coca-Cola 600 marked Ford’s first win in the marquee event since 2002, and gave the manufacturer four wins in the first seven events of this season. Team Penske has three of those victories (Joey Logano at Las Vegas and Phoenix) while Stewart-Haas has the other (Kevin Harvick at Darlington 1). As a result, Ford leads the manufacturer standings by 25 points.

Kevin Harvick remains the only driver in the NASCAR Cup Series to post a top 10 finish in every race after rallying for a sixth-place effort on Sunday night. Five of those runs have resulted in top five results and helped him to a solid lead in the regular-season point standings. Harvick currently holds a 23-point lead over second-place Joey Logano as Ford has a manufacturer-best five drivers in the top 10 (Harvick, Logano, Keselowski, Blaney and Almirola).

There are currently five drivers in the Ford lineup that have at least one career Cup win at Charlotte Motor Speedway. Brad Keselowski leads the way with two Ford victories (2013, 2020) while Joey Logano won in 2015 and Ryan Blaney captured the inaugural Roval event in 2018. Stewart-Haas drivers Kevin Harvick (2011, 2013, 2014) and Clint Bowyer (2012) also have series victories at CMS.