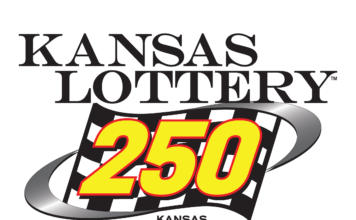 AUSTIN CINDRIC, No. 22 XPEL Ford Mustang — DID YOU EVEN KNOW JONES WAS A FACTOR AND IS THERE ANYTHING YOU FELT YOU SHOULD HAVE DONE DIFFERENTLY? “There is about 20 things I feel like I should have done differently. It was difficult because up higher was preferred all day and you could usually generate momentum. I didn’t know that we didn’t quite get the right adjustment there at the end, so I was probably tighter than I needed to be, but, overall, watching the replay he got a hell of a run on the bottom and I knew he had some momentum. I mean, if I maybe would have known he was coming from the bottom, I probably would have pulled down to slide myself into one and two and been able to fight for it in three and four, but, overall, congrats to him. He earned it. He went from seventh to the lead in two laps. It’s like the third or fourth time we’ve lost on a green-white-checker after being the leader at the line. There are a thousand different things you can do right and wrong and you’ve got to trust your gut and trust the car is gonna stick. Overall, it just wasn’t in the cards for four in a row.”

HAD NASCAR RULED YOU WERE THE LEADER WHEN THAT CAUTION CAME OUT DO YOU THINK YOU COULD HAVE HELD EVERYBODY OFF? “I think the restart would have been a lot more fair, if I’m gonna be blunt. I got a penalty at Indy for being a couple feet in front of the leader at the line and the 39 went way before the restart zone. You could see that with no one else being able to anticipate the push, so I feel like the restart itself wasn’t very conventional and I’d like to understand that a little bit more, but, overall, I’m probably just a little salty I didn’t win. I wasn’t a big fan of that as far as from the sportsmanship standpoint.”

HOW DOES A RUN LIKE THIS IMPROVE THE MORALE AND WHAT KIND OF BOOST DOES IT GIVE THE TEAM? “It’s where we expect to be, honestly. This isn’t the first time we’ve done this. It’s obviously coming off of three wins, but it’s not the first time we’ve done this. Like I said earlier, we’ve been in contention. We’ve led at the line on green-white-checkereds all year, so, not to sound arrogant or cocky, but it’s where I expect us to be as of recent. There are numbers on the board that can prove that, but it’s obviously frustrating. I felt like as we got more rubber on the track I thought Harrison was the best car and he proved it. He passed me under green and I don’t think anybody had anything for him. I’d say we were the best car for the first half of the race and he did a great job to drive up through and pass us under green. That was a fun battle. He made me earn every tenth that I tried to put on him and that’s fun racing. That’s hard racing and he’s earned my respect this year as far as how he races and the way he conducts himself. He doesn’t give an inch, but, at the same time, you can trust him to put it on his door. Kudos to him I know it’s not the win he wants, but, overall, it’s fun racing. We got a gimme there with that caution and wasn’t able to take advantage of it.”

DID YOU FEEL THE CAR CHANGE AT ALL AFTER HITTING THE WALL? “No, it wasn’t that hard of contact. We know these bodies bounce out pretty quick. I looked at the right side of the car and it was just a bit of a scuff, so maybe it looked worse on TV, but racing for the win, you can’t put anything on the line. If I stay on his quarter panel long enough to make him lift, that changes the complexion of the race. Granted, there was a caution, but I felt racing him that hard was my shot knowing the risk and outweighing the reward and going for a win.”

NOW YOU ARE HEADING TO THE ROAD COURSES. DO YOU FEEL YOU CAN TAKE ADVANTAGE AT ROAD AMERICA AND DAYTONA? “I’d certainly like to. I made my first XFINITY start at Road America and we’ve had quite a few things not go our way there between being the leader on the strategy and a tire going down to blowing the motor in the lead, coming up one spot short last year. So I’d definitely like to be able to go there and contend for a win. I think AJ is gonna be really strong and Chase has done a great job on road course as well, so I expect to race him and a few other guys. That’s a fun track because tire wear is so massive, but not having practice it’s gonna be a fun day. I know the crowd there really loves what we bring to the table and it’s a fun place to go to. Daytona Road Course, definitely an interesting one to not have practice. I don’t expect it to take too long for people to get up to speed. There are like six corners and a lot of straightaways, so I’m not too concerned about that. It’s just putting myself in position — the same thing. I can look on the flip side and it replaces a racetrack that we won at last year, so, either way, we show up with the best package and go racing.”

WERE YOU WARY OF SIEG POSSIBLY SPINNING THE TIRES ON THE RESTART? DID YOU THINK YOU MIGHT HAVE A TOUGH TIME WITH HIM? “I should have worried less about him in hindsight, knowing that I probably would have just been able to do a crossover on him and be done with it. So that’s probably one of the many things that I feel like I could have done better there. But, yeah, with him being on old tires you expect him to spin them and I felt like you got better drive on the bottom lane all day, but it doesn’t matter when the car goes four car lengths before the box starts. He picked up probably 10 miles an hour from the pace car speed, which, fair enough, you’re on old tires — harder to spin them that way — but he went way too early and that’s unfortunate. I get it. He’s going to try and minimize damage. Obviously, staying out he finished fourth, so it was the right call for those guys, but with guys trying to contend for a win I’m not a big fan of something that blatant, but who knows, I’m not perfect but that’s what I saw.”