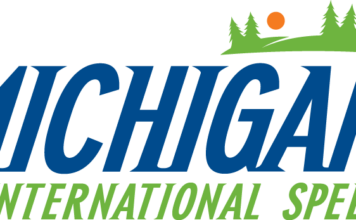 A NASCAR Cup Series doubleheader at Michigan International Speedway highlights the race weekend, but the NASCAR XFINITY and NASCAR Gander RV & Outdoors Truck Series will also be in action.

Ford is looking to extend its string of success at MIS that began when the facility opened in 1969. Ford Motor Company has won at least one MENCS race in 37 of the 51 years the track has been in operation, including 13 season sweeps. In fact, the company has won half of the NCS events held as Ford (39) and Mercury (12) have combined to capture 51 of the 101 races after Joey Logano and Kevin Harvick went to Victory Lane last year.

Jack Roush has dominated at his home track as he leads all owners in series victories in both the NASCAR Cup Series (13) and NASCAR Gander RV & Outdoors Truck Series (5). He has 23 overall wins at the track when his five NASCAR XFINITY Series victories are added to that total.

The NASCAR Gander RV & Outdoors Truck Series kicks off the weekend on Friday at MIS before the NASCAR XFINITY Series takes on the course at Road America on Saturday afternoon. The Cup Series is scheduled for a 4 p.m. ET start on Saturday and 4:30 p.m. on Sunday.

FORD IN THE NASCAR CUP SERIES AT MIS

· Ford has 39 all-time series wins at MIS, which is the most at any track currently on the circuit.
· Ford comes into this weekend having won four straight at MIS.
· Jack Roush has the most wins among car owners at MIS with 13 while the Wood Brothers are next with 11.

Kevin Harvick’s second straight summer win in August represented the fourth straight NASCAR Cup Series win for Ford at MIS. In addition, it marked Harvick’s third career win at the track. This current streak started when Clint Bowyer and Harvick swept the MIS events in 2018 and continued last year with wins by Joey Logano and Harvick. The last time Ford won five straight Cup races at MIS was when Rusty Wallace and Dale Jarrett combined to sweep in 1996 and then Ernie Irvan and Mark Martin did the same in 1997. Martin capped the streak with his second straight MIS win in the 1998 opener.

It’s been a good start to the Mustang era in the NASCAR Cup Series. After winning 10 races in its debut season last year, Mustang has already bettered that number after Brad Keselowski provided win No. 11 on Sunday at New Hampshire. While winning more than half of the 20 regular season races contested this year is impressive, Mustang has been even more stout since NASCAR’s return to action on May 17. Since resuming at Darlington, Mustang has won 9-of-16 points races with Kevin Harvick leading the way with four wins and Keselowski three.

There are three Ford drivers who are currently enjoying some consistent success going into this weekend’s Michigan doubleheader, and they’re all from Stewart-Haas Racing.

Brad Keselowski’s win on Sunday at New Hampshire Motor Speedway made him the all-time Team Penske win leader with Ford, breaking a three-way tie with Rusty Wallace and Joey Logano. Keselowski now has 24 career Ford victories as a member of Team Penske with all of those triumphs coming since the organization’s return in 2013.

Clint Bowyer won his second race of the 2018 season when he captured the Firekeepers Casino 400 in 2018 while Kevin Harvick continued his dominant season by taking the August event. The season Cup sweep was the first for Ford since 2013 and ninth overall. Bowyer led a 1-2-3 finish for Ford and Stewart-Haas Racing, edging teammates Harvick (2nd) and Kurt Busch (3rd). Bowyer led eight of the 133 laps, which was shortened from its scheduled 200-lap, 400-mile distance because of rain. He took advantage of a quick two-tire stop during his final trip to pit road, and held off Harvick on the final restart before rain stopped the event. The win was Bowyer’s 10th of his Cup career and first at the two-mile track. Harvick’s win was his seventh victory of the season and second career win at MIS.

Joey Logano started and won from the pole for the second time in his career at Michigan International Speedway when he captured the June race in 2016. Logano finished ahead of Chase Elliott and Kyle Larson with Penske teammate Brad Keselowski ending up fourth. The new aerodynamic package, promising to produce lower downforce, didn’t disappoint as there were 14 lead changes with Logano leading six times for 138 total laps. The win gave Team Penske its 50th Cup win with Ford and produced the 100th victory for Roush Yates Engines in the NASCAR Cup Series.

Ford Motor Co. swept the inaugural season of NASCAR Cup Series races at Michigan International Speedway in 1969 when Cale Yarborough (Mercury) and David Pearson (Ford) took turns going to victory lane. Yarborough won an intense battle in the track opener on June 15 after passing Lee Roy Yarbrough with three laps to go to take the Wood Brothers to victory lane. That capped a finish which saw Yarborough, Pearson and Yarbrough swap the lead 20 times over the final 146 laps. The second date took place on Aug. 17 and this time it was Pearson and Holman-Moody taking the checkered flag. Pearson sat on the pole and led 79 of the 165 laps completed. The race, which was originally scheduled to be a 600-mile event, was halted at that point and declared official due to rain. Pearson went on to win a record nine times at MIS, which puts him as the speedway’s all-time MENCS winner.

Bill Elliott is the only driver to win four straight NASCAR Cup Series races at Michigan International Speedway, sweeping both events in 1985 and ’86, and he capped that impressive streak in dominating fashion. Elliott led 125-of-200 laps on Aug. 17, 1986 to beat Tim Richmond to the finish line and win the Champion Spark Plug 400. Elliott went on to win seven career races at MIS and currently ranks third on the all-time list, trailing only David Pearson (9) and Cale Yarborough (8).

Dale Jarrett registered his first NASCAR Cup Series victory in memorable fashion at Michigan International Speedway on Aug. 18, 1991. Jarrett, who was in second season driving for the Wood Brothers, found himself in furious battle with Davey Allison, who stalked him over the final dozen laps in his No. 28 Texaco Havoline Thunderbird. Allison made a move to the outside coming off turn four and got alongside Jarrett as the two took the white flag together. They took turns exchanging the lead, but never left each other’s side. As they came off turn four both Fords made contact, but it was Jarrett who ended up edging Allison by eight inches at the finish line.

Greg Biffle posted Ford’s 1,000th NASCAR victory when he took the checkered flag on June 16, 2013 in the Quicken Loans 400. The milestone win, which included combined victories in the NASCAR Camping World Truck, NASCAR XFINITY and NASCAR Cup Series, was Biffle’s second straight at MIS and fourth overall. The race was shaping up to be a battle between Biffle, who was leading, and a hard-charging Jimmie Johnson, but a flat tire ended Johnson’s chances with two laps to go.

When Joey Logano won the Pure Michigan 400 at Michigan International Speedway on Aug. 18, 2013 it represented his first win with Ford and new car owner Roger Penske. But it also marked the first time the speedway awarded the Michigan Heritage trophy, which goes to the winning manufacturer of every NASCAR Sprint Cup Series race at MIS. Logano, who won the pole and led a race-high 51 laps, passed Mark Martin for the lead with four laps to go after Martin’s car ran out of gas.

FORD IN THE NASCAR XFINITY SERIES AT ROAD AMERICA

FORD IN THE NASCAR GANDER OUTDOORS TRUCK SERIES AT MIS