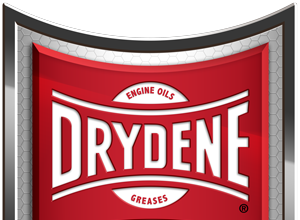 DOVER, Delaware (August 23, 2020) – Brandon Jones (fourth) drove to a top-five finish to lead Toyota in the Drydene 200 at the Dover International Speedway on Sunday afternoon.

How was your run today?

“I’ve never been here (with the struggle to pass) and I know it’s tough to pass here but struggled to pass so much. We had a car in that third stage capable of leading some laps. I just would get to somebody and stall out or run right with them. Kind of weird and need to go study that. All in all, we brought a really good Supra for the day. Menards, Pelonis – everyone that helps out here is really amazing. We’ll take a fourth from yesterday, how that went, and go to Daytona.”

What challenges did your team face today and were you able to improve from yesterday with the balance of the car?

“We kind of started the day not 100 percent like we wanted to. We were still just on the free side a little bit to fire off. That’s how our day was all day yesterday as well. We made a bunch of changes overnight and still had the same balance or close to it anyway. It’s kind of interesting there. That last stage and really all the way through the second stage as well, we found a lot of grip late in the run and that’s when our Supra was really coming to life there. I think those were the two biggest things that we really caught up on today. We got our car a lot better just on that long run speed-wise. Really good and I thought I worked traffic today really well. I think that was one of our strong suits. Some guys would catch the lappers on exit and that would really stall them out bad. We did a good job of timing that. We passed a bunch of people that way too. You kind of had to get creative today to pass people, it was really difficult. Using those lapped cars to your advantage and timing those runs right were pretty key there at the end.”

How do you transition from this doubleheader weekend at Dover and now head to the Daytona superspeedway event Friday night?

“We don’t go much more opposite than this – going from a track like Dover to a track like Daytona. We’ve always been pretty good at plate tracks. Getting a lot better at understanding the draft. Earlier this year, I made it a point to just really show that I’m going to pull out and try to make moves. That kind of paid off at the end of the race. If you continue to do that all day, people take note and I think that’s kind of the key to getting up there and getting a pack going is all day, sometimes you have to sacrifice some positions to show that you’re willing to make moves. As I race on these tracks, I start to figure out little things like that, which could possibly help.”

Two top-10 finishes this weekend at Dover. How was your race today?

“I thought we had a decent Monster Energy Supra. I don’t think we were as good as yesterday balance-wise. We had to go to the back for an uncontrolled tire, so had some fun passing some race cars, but all-in-all, we just need a little more speed to contend for the win, but it was a good learning day.”

Next up is Daytona, where you set on the Truck Series pole in the spring. What is your excitement level to get back to a superspeedway?

“I wish the (qualifying) formula would have went off yesterday, not today’s race. We could have been starting top-five maybe, but we will see where the formula puts us for the superspeedway. I think we will have a fast Supra, and we will go give them something in Daytona.”