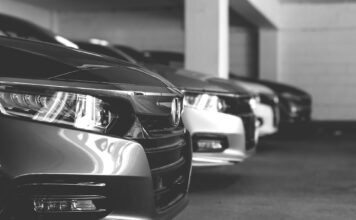 In the last decades, German and Japanese car manufacturers have successfully dominated the production and sales of cars around the globe. Popular German cars include BMW, Audi, Mercedes, and Porsche, while for Japanese cars, you have Toyota, Honda, and Mitsubishi. Their success can be attributed to their respective principles in developing technology, engineering, and marketing.

Clearly, both countries are producing top-quality cars. But the question is – which car lasts longer?

German cars are known for speed, power, precision, and comfort. These features are due to the focus that German engineers have on coming up with impressive designs and innovative technologies. They put great stress on the car’s detail, performance, and precision.

When riding a German car, the passenger could feel the ride’s smoothness and control, even on bumpy roads. The interior of German cars is equipped with advanced accessories, better stereos, and high-quality materials that offer luxury to its passengers.  Their cars are also spacious, and airbags placement more strategically located than their Japanese counterparts.

German cars target the high-end market. Their cars are pricier compared to other cars because of the quality of the design as well as the technology invested in developing and manufacturing.

On the other hand, Japanese engineers focus more on the quality aspect of the car parts. Japanese cars are famous for manufacturing long-serving, reliable, and affordable units. The reliability of Japanese-made cars appeals considerably to general car users.

Japanese engineers won’t release any car part until has been perfected. This focus on perfection has resulted in more durable, reliable, and ergonomically designed car parts that edge other manufacturers.

Therefore, Japanese used cars can last longer than others. It can run for more than 250,000 miles with the least maintenance during its lifetime.

Japanese cars are mass-produced. Japanese manufacturers build their vehicles quickly, plus their parts are cheaper. The cost of repair and maintenance of Japanese cars is low compared to German-made cars.

The car parts and accessories are vastly available in the market, including service centers for Japanese cars. This explains why aside from reliability, Japanese cars are also known for their affordability.

These value propositions explain a greater share in the market for Japanese cars.

If you plan on getting a new car, choose the car that fits your needs. Should you want speed and luxury, go for German cars. They will provide you with a fun driving experience plus the thrill of its performance.

However, if you want a reliable and long-wearing vehicle, the Japanese car is your go-to brand. Though you may not feel the luxury provided by German cars, its accessories and technology are still top of the line. It provides the basic comforts of a present-day car at a price that won’t break the bank.