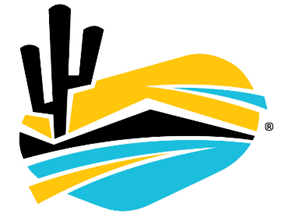 PHOENIX (Sept. 4, 2020) – As NASCAR returns to the Valley of the Sun for NASCAR Championship Weekend, November 6-8, Phoenix Raceway will host a limited, reduced number of fans throughout the three-day event. The limited number of fans permitted each of the three days is in accordance with guidance and approvals from local officials pursuant to Executive Order 2020-43 and enhanced safety protocols and procedures to provide a safe experience.

“While we wish we could have a full house with the greatest fans in motorsports, the health and safety of everyone is our top priority and we are excited that we can still share this NASCAR Championship Weekend experience with many in a safe environment,” said Phoenix Raceway President Julie Giese. “The entire Phoenix Raceway team has been looking forward to hosting the track’s first-ever championship weekend since it was announced in March of last year and we’re thrilled to be able to welcome fans all three days to share in this monumental event for our venue, our community and the entire state of Arizona.”

As a result of the seating capacity limitations, Phoenix Raceway will no longer be able to accommodate some ticket holders for the events and will issue a credit to those displaced accounts towards the 2021 NASCAR Championship Weekend at Phoenix Raceway. Season ticket holders will receive priority as part of this process. To ensure social distancing between groups in attendance, many fans will be reseated in new locations, as comparable as possible to their original seats, and new, lower ticket pricing for Sunday’s NASCAR Cup Series Championship race will be applied.

The INfield Experience will be unavailable and fans that have purchased this access will receive a credit to their account. Other fan hospitality options such as Legends and Dos Equis Curve will also operate at a reduced capacity. Camping will still be available and all campers will be pre-screened upon their arrival. Campers will also be asked to park in the same direction on the right side of each campsite, with all campsites limited to a maximum of six guests per spot.

In addition to maintaining a strict adherence to the CDC-recommended 6’ social distancing throughout the venue, all guests will be screened prior to entering the gates, including a non-contact temperature check, and guests ages 3 and up will be required to bring and wear mandatory face coverings. Multiple handwashing and hand-sanitizing stations will be placed throughout the operating areas and entrances and a “clean team” of staff, clearly identified for guests, will be cleaning or disinfecting at all times. Additional information on the NASCAR Championship Weekend and its safety protocols may be found online at PhoenixRaceway.com/protocols or by calling Phoenix Raceway at 866-408-RACE (7223).

NASCAR has already hosted a limited number fans at several events this season including two August weekends at Daytona International Speedway, previously at Talladega Superspeedway and another this coming weekend at Darlington Raceway to jumpstart the 2020 NASCAR Cup Series Playoffs.

Home to the 2020 NASCAR Championship Weekend, Phoenix Raceway has been the premier motorsports venue in the Southwest since 1964 and hosts two NASCAR race weekends each year. In 2020, the FanShield 500 Speed Fest Weekend, March 6-8, kicked off the race season at Phoenix Raceway, featuring the NASCAR Cup Series, NASCAR Xfinity Series and the new addition of the ARCA Menards Series. For the first time in the history of the sport, Phoenix Raceway will host the NASCAR Championship Weekend, November 6-8. Over the three-day event, champions will be crowned in the NASCAR Cup Series, NASCAR Xfinity Series, NASCAR Gander RV & Outdoors Truck Series and the ARCA Menards Series West. Phoenix Raceway also hosts a variety of events throughout the year, including corporate meetings and conferences, charity events, holiday events, sport and endurance competitions, driving schools and Segway tours. For more information, visit www.PhoenixRaceway.com.