The NASCAR Cup Series heads to Charlotte this Sunday 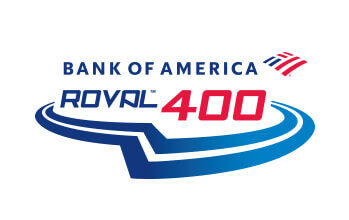 The NASCAR Cup Series heads to the Charlotte Motor Speedway Road Course in Charlotte, North Carolina this Sunday for the Bank of America 400.  The race coverage will begin at 2:30 p.m. ET on NBC, PRN and SiriusXM NASCAR Radio.  The ROVAL made its debut on the NASCAR circuit in 2018 and this will be the first time the NASCAR Cup Series Playoff’s sixth race has been held at the Charlotte Motor Speedway Road Course.

The previous two ROVAL races resulted in Elliott winning the race in September 29, 2019 and Ryan Blaney won the tracks inaugural race on September 30, 2018.  Elliott went on to finish the 2019 championship standings in 10th place and Blaney finished the 2018 season also in 10th.

Only 11 points separate the fifth through eighth-place drivers in the playoff hunt, and Kyle Busch and Austin Dillon are both just 21 points behind eighth place Joey Logano.

NASCAR’s Most Popular Driver Elliott has won each of the last three road races, including an incredible finish in the 2019 Bank of America ROVAL™ 400.  The race is very unpredictable, and Elliott is one of the clear favorites to win on Sunday despite him not thinking the course is not meant to be one.

“I think what makes the Roval really unique is it’s kind of like trying to fit a whole bunch of stuff in a very small area, I feel like. The place just does not flow very good. That thing probably wasn’t meant to be a road course, I would say, when they built it. It’s just unique and there’s just a lot of places around the racetrack that are really tight with not a lot of flow.” Elliott said of the ROVAL

Denny Hamlin won this past week at Talladega Superspeedway. Hamlin started from the pole position and led 26 laps in route to tying NASCAR Hall of Fame driver Bill Elliott with 44 career wins.  When asked about the different kind of track, he said “The Roval is a tough track and can turn your entire season on its head with just one wreck. It’s unforgivable. We’ll go out there with the best strategy we can and execute it to the best of our ability.”

If you are attending this Sunday’s race, you need to be aware that more common-sense measures have been put in place for the health and safety of the attendees, drivers, teams and staff.  Guests are required to wear masks or other appropriate face coverings, which cover the nose and mouth, once they enter the property in common areas such as gate entries, restrooms, concessions, souvenir stands, elevators, concourses, suite-level hallways and in the grandstands.  All purchases from food and souvenir stands will be electronic transactions (debit and credit cards only, no cash or checks).

SMhttp://www.speedwaymedia.com
Previous article
Hamlin to start on pole position at Charlotte Roval
Next article
Suarez to reach 250 starts across NASCAR at the Roval