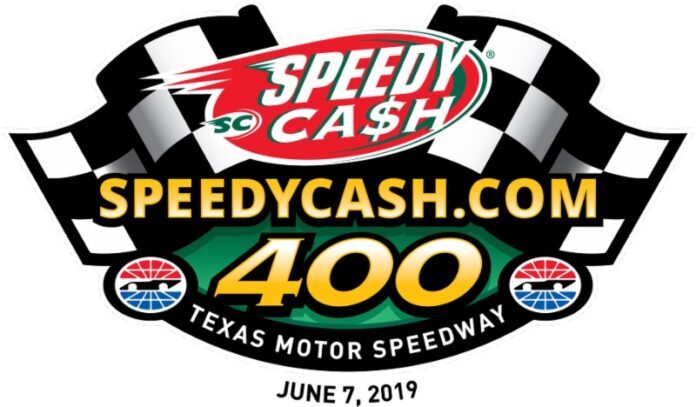 – Sheldon Creed led the field to green for Sunday’s race at Texas Motor Speedway and led every lap in Stage One, capturing his 10th stage win of the season. The team pitted during the stage break for four tires, fuel, a trackbar adjustment and one piece of tape on the grill. Creed ran up front for most of the second stage, ultimately finishing second in Stage Two. Creed was happy with the adjustments from the first stop and the team pitted for similar changes, adding an air pressure adjustment. Creed battled hard for the lead through a series of late race restarts and, with a push from teammate Brett Moffitt, was able to take control of the lead and fight for his fourth win of the season.

– With this win Creed punches his ticket into the Championship 4 battle at Phoenix Raceway. Creed is first in the points standings, 19 points ahead of second place.

– This is Creed’s fourth win of the season and his first win at Texas Motor Speedway.

“Gosh what a learning day, honestly. I work with Josh Wise every week and all my teammates. We talk about this stuff every week. We had such a good truck, the draft would keep them with me. Man, what a good truck my guys put together. I was unsure, we’ve been inconsistent here but we’ve always had speed and today, man this is just awesome. I finally won in front of my mom and dad, they’re here today. We got some fans in the stands, we love you guys! Thanks to Chevy Accessories and GMS. That’s two trucks locked in for our organization, that’s awesome. Hopefully we can get the other two, or at least one more, in next weekend. Just want to thank everyone. It was hard racing today. We’ve been working for this all year and I feel like I’ve improved so much and put so much work into this and to go into Martinsville stress free is so nice!”

– Zane Smith lined up sixth for Sunday’s race at Texas Motor Speedway. Smith reported his Chevy was loose in and twitchy through the middle of the corner after finishing eighth in Stage One. Smith continued to climb through the field, finishing fourth in Stage Two. The team pitted for right side adjustments, four tires and fuel. Under caution during the final stage the team was forced to double pit to reverse an adjustment made. Smith worked his way through the field, lining up fourth on the final restart and held on to finish third.

– This is Smith’s fifth top-five finish of the season.

– Smith is currently third in the playoff standings, 12 points above the cutoff line for the Championship 4 with once race left in the Round of 8.

“No matter where I went we couldn’t get a tire chatter out of it. Very frustrating to not be able to get the handling right, but still a good finish. I don’t know how I sit on points, but we’ll go into Martinsville and race our race and hopefully advance.”

– Brett Moffitt started second for Sunday’s race at Texas Motor Speedway. Moffitt raced inside the top five for most of the first stage, finishing third. The team pitted for four tires, fuel and an air pressure adjustment to help with overall grip. Moffitt reported he was way too tight in the traction compound during the second stage. The 23 team finished 10th in Stage Two, collecting valuable stage points. Moffitt continued to climb through the field and lined up third on the last restart. Moffitt had a major run on the last lap to push teammate to Sheldon Creed to the lead before falling back to finish fifth.

– This is Moffitt’s 10th top-five finish of the season.

– Moffitt is currently fourth in the points standings, 41 points behind the leader. With his win at Kansas, Moffitt is locked into the Championship 4 battle at Phoenix Raceway in November.

“Today was a pretty solid day for us. Another win would’ve been great, but it was nice to still get some stage points and put us in a better position going towards Phoenix. It’s awesome to see a teammate get the win and have two GMS Chevys competing for a championship at Phoenix. Ready to get to Martinsville and chase another win there.”

– Chase Purdy started 28th for his first race at Texas Motor Speedway. Purdy was the free pass during the Stage One break and the team pitted for four tires, fuel and a trackbar adjustment to help tighten up the Bama Buggies Silverado. Purdy continued to progress throughout the race, finishing 20th in Stage Two. Purdy reported the truck was a little tight in Turns Three and Four. The team pitted for four tires, air pressure and put a piece of tape on the grill. Purdy continued to climb through the field and avoided several late race cautions to finish 12th.

“It was a decent day for it being my first time ever at Texas. Really proud of my guys for not giving up all day and continuing to help me make the truck better. We have a lot that we will be better on the next time we’re here.”

– Tyler Ankrum started ninth for Sunday’s race at Texas Motor Speedway. Ankrum reported that his Silverado was very tight and the right front was “absolutely obliterated.” Ankrum finished 14th in the first stage and the team pitted for four tires, fuel and adjustments. The team pitted during Stage Two to make a big adjustment to the front of the truck to help Ankrum’s tight condition. The 26 team pitted from 17th at the second stage break for four tires, fuel and a slight air pressure adjustment after Ankrum reported the handling was better and manageable after the adjustments. Ankrum had a battery connection come loose late in the race and was forced to pit unexpectedly, putting him a lap down. Ankrum later got the free pass on a late race caution and worked to finish 16th.

– Ankrum is currently eighth in the playoff standings, 79 points behind the cutoff for the Championship 4 with one race left in the Round of 8.

“Tough day for us overall. Our LiUNA Chevy was tight from the drop of the green flag. The team made adjustments all day long to improve it, but we just got stuck back in the pack and couldn’t move around to pass. We had a battery issue late in the race that set us back and we were just fighting from there. We’ll put this week behind us and go into Martinsville and try to win.”