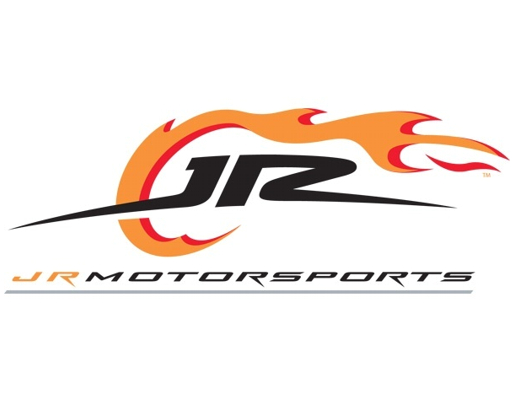 MOORESVILLE, N.C. (Nov. 5, 2020) – JR Motorsports announced today the return of driver Michael Annett and partner Pilot Flying J on board the team’s No. 1 Chevrolet for the 2021 season. Pilot Flying J, the largest operator of travel centers in North America, and the 34-year-old Annett have competed together in NASCAR for the past 13 seasons and with JR Motorsports since 2017.

Headquartered in Knoxville, Tenn., Pilot Flying J has more than 750 retail locations. The company enters its fifth year of partnership with JRM in 2021, having earned NASCAR Xfinity Series Playoff berths in 2017, 2019 and 2020. Pilot Flying J has supported Annett since he first emerged on the NASCAR national stage in 2008.

“Having Pilot Flying J as a partner for the past four seasons has helped JR Motorsports excel on many levels, and being able to continue the relationship will allow us all to keep growing and succeeding together,” said Kelley Earnhardt Miller, general manager of JR Motorsports. “Pilot Flying J’s commitment to the sport and to our team is strong, and we are proud to be moving forward with them.”

Annett, a native of Des Moines, Iowa, is currently finishing his fourth season driving the No. 1 Pilot Flying J Chevrolet for JRM. Annett earned his first career NASCAR Xfinity Series victory with JRM and for Pilot Flying J in the 2019 season opener at Daytona International Speedway and his first career pole position later that season at Talladega Superspeedway. Annett set career highs in top-10 finishes and laps led in 2019, his first full season with crew chief Travis Mack. This past season, Annett set a new standard for top-10s in a season with 21 pending this weekend’s season finale at Phoenix Raceway.

“Pilot Flying J is excited to continue our long-standing relationship with Michael and JRM,” said Ken Parent, president of Pilot Flying J. “We look forward to seeing where Michael will finish this year and we wish him the best of luck and success in the 2021 season.”

Annett earned a career-best finish of fifth in the championship standings in 2012, and he has earned NASCAR Xfinity Series Playoff berths in three of his four seasons with JRM. His career totals in NXS competition with the team include the victory at Daytona and 50 top-10 finishes, along with a pair of top-10 finishes in the point standings. Annett is currently 10th in the standings with one race remaining.

“Returning to JR Motorsports with Pilot Flying J means a lot to me,” said Annett. “We’ve been able to grow this program here, with Travis Mack and the team, and I know that more race wins and playoff appearances are in the future. Pilot Flying J has been a great partner for the past 13 seasons and I am looking forward to being here with Dale, Kelley and the JR Motorsports family.”

Additional details for the No. 1 Pilot Flying J team will be announced at a later date.

ABOUT PILOT FLYING J:
Pilot Flying J, the largest operator of travel centers in North America, is committed to connecting people and places with comfort, care and a smile at every stop. With more than 750 locations in 44 states and six Canadian provinces, the Pilot Flying J travel center network offers a variety of products and amenities including 680 restaurants, 74,000 truck parking spaces, 5,300 deluxe showers, 6,200 diesel lanes and 34 Truck Care service centers. Pilot Flying J, along with the One9 Fuel Network and other brands, is part of Pilot Company. Headquartered in Knoxville, Tennessee, Pilot Company supplies more than 11 billion gallons of fuel per year and is currently ranked No. 10 on Forbes’ list of America’s Largest Private Companies. Visit www.pilotflyingj.com for more information.

ABOUT JR MOTORSPORTS:
JR Motorsports is the management company and racing operation for Dale Earnhardt Jr., NASCAR’s 15-time Most Popular Driver and winner of 50 NASCAR-sanctioned races. Now in its 19th year of overall competition, JR Motorsports races in multiple divisions, including the NASCAR Xfinity Series where it won championships in 2014, 2017 and 2018. The company also competes in Late Model competition and owns four championships in regional late model divisions. To learn more about the organization, its drivers and its sponsorship opportunities, visit www.jrmracing.com.