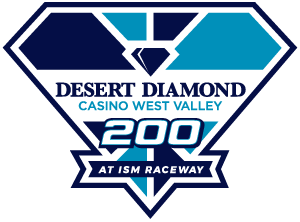 AVONDALE, Arizona (November 7, 2020) – Brandon Jones (third) ended the season with a strong top-three finish to lead Toyota in the Desert Diamond Casino West Valley 200 at Phoenix Raceway. Harrison Burton (sixth) officially claimed Rookie of the Year honors by starting the race in Phoenix. Burton is the third Toyota driver to earn the NASCAR Xfinity Series Rookie of the Year honors including Erik Jones (2016) and Daniel Suárez (2015).

Great finish tonight. How was your race?

“We were eating everybody lunch on the long run. That’s such our strong suit. We have a setup that just dominates these guys when we get strung out like that. I think tonight we were lacking a little bit of speed on our fire off. We went back and talked about it, and possibly, I think we were just on the splitter a little too hard and that was affecting our first couple of laps. Once the car came off of the splitter, we would get really good, so we are going to look at that. We pumped the tires up on that last restart and that was my best restart of the day, so we definitely made some gains on it. This was a really good race. I thought that we were the ones that were going to be competitive enough to win the race. I think the whole year as a whole was phenomenal really. It was definitely one of the best years I have had in my career, so couldn’t be more thankful for that. We have a lot of momentum building for that next year.”

What was the biggest thing you learned this season?

“I think the biggest thing for me was just having confidence in myself. These Xfinity Series cars are so tough to drive. You are always on the edge of grip if you are going fast. I had a great time this year building that confidence. We had a win early at Auto Club and that really kind of made me a better driver, if that makes sense. Once I kind of knew I could get to victory lane and was confident in my team that we could get it done, that made things easier. Just looking at myself and reflecting, the biggest thing you learn – and it’s kind of a weird answer – is everything. You can’t point at one thing and say I got better at this, and this and this, if you could, it would be a lot easier to be a better racecar driver. There is a whole picture that you have to put together. I have great people around me that help me get there. I feel like we were a competitor to win the championship this year. We won four races. We needed a little bit more to get to where the Championship 4 was as far as consistency, and we just came up short. I learned a lot and the biggest thing was just confidence.”

Sokal Digital to partner with Stefan Parsons and BJMM in Daytona