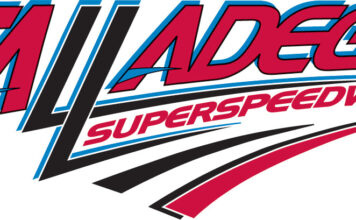 The event will be a part of a Saturday doubleheader with the NASCAR Xfinity Series and will take place the day before the Sunday, April 25, GEICO 500 where Ryan Blaney will seek to defend his victory earlier this year. Kids 12 and younger will be admitted free to Saturday’s ARCA Menards Series & NASCAR Xfinity Series races.

The ARCA Menards Series first competed at the 2.66-mile venue during the track’s inception year of 1969 in the Vulcan 500 where Jim Vandiver took the checkered flag. Except for a four-year stretch (1971-74), the ARCA Menards Series has been a staple at the iconic track. Drew Dollar became the 18th driver to earn his first victory in the ARCA Menards Series event on Talladega’s 33-degree banking this past summer while 2020 Series Champion Bret Holmes, from nearby Munford, AL, had his best finish at his home track with a third-place result.

Justin Haley, a former ARCA winner at Talladega, swept both of the Talladega Xfinity Series races held this past season, cementing his place in the NASCAR Xfinity Series Playoffs. He wound up being a playoff contender for the title in the Championship four. NASCAR Hall of Famers Red Farmer, Davey Allison and Mark Martin won ARCA Menards Series races at Talladega while noted current motorsports competitors Ty Dillon, Justin Allgaier and Michael Annett have also gone to Gatorade Victory Lane at the world’s Most Competitive venue.

Fans wishing to attend the GEICO 500 are urged to secure their tickets early which will provide economic savings with a host of advance-priced opportunities (for a limited time) for both grandstand seating and camping options. Multi-day grandstand seating packages start at just $60 for adults and $10 for kids 12 and younger. Fans can get information on how to claim their reserved spots by calling 877-462-3343 (Go2-DEGA) or visit www.talladegasuperspeedway.com.

For the latest news and 2021 schedule information for the ARCA Menards Series, log onto www.ARCARacing.com. Start times and television networks for the NASCAR Cup, NASCAR Xfinity, NASCAR Camping World Truck Series and ARCA Menards Series will be announced at a later date.

Fans can keep up with all the happenings at the biggest, baddest race track on the planet by following Talladega Superspeedway on Twitter, Facebook, and Instagram.

Greg Van Alst back for redemption at Talladega Superspeedway