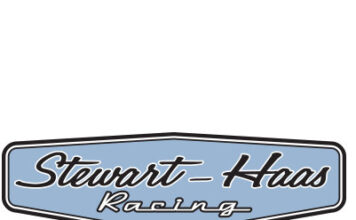 Stewart-Haas Racing announced this afternoon that Riley Herbst will drive the No. 98 Monster Energy Ford Mustang in 2021. Herbst, who started all 33 series events last season, will replace Chase Briscoe, who has been promoted to the NASCAR Cup Series. Here is a transcript of today’s Ford Zoom call with Herbst and members of the media.

RILEY HERBST, No. 98 Monster Energy Ford Mustang – WHAT ARE YOUR THOUGHTS IN MAKING THE MOVE TO FORD AND STEWART-HAAS RACING? “I’m just excited. I’m happy to be here and ready to get down to Daytona.”

TELL ME WHAT YOU THINK ABOUT HAVING RICHARD BOSWELL AS YOUR CREW CHIEF? “That was a big proponent of me coming over here to the 98 camp. I’m really looking forward to working with Richard and everybody on his team that he has assembled. I’ve spent a little bit amount of time with him so far and he’s a really down to earth guy and he’s a racer and wants to win races, but he also puts in a lot of work behind his effort so I’m looking forward to it.”

WHAT’S IMPORTANT TO YOU IN A CREW CHIEF AT THIS STAGE OF YOUR CAREER? “Somebody that will learn with me and grow with me and have some patience. I have a learning curve to be on, I’ll be the first to admit that, but I want somebody to walk me through that and help me get to where I want to be and obviously that’s in the Cup Series and win races in the Cup Series and be competitive week in and week out and Richard is the man and he’s gonna be the man to help me do that and I’m excited.”

DOES THIS FEEL LIKE STARTING OVER IN A WAY FOR YOU? “A little bit. I feel like I’m kind of 17 again and moved out to the east coast because I’ve been over in the JGR family for four years now, so it was a big transition but it’s one I think I needed and I’m looking forward to it. All these new faces kind of give me a blank sheet to start up again and see where this can take me.”

WHAT WOULD A SUCCESSFUL 2021 SEASON LOOK LIKE FOR YOU CONSIDERING WHAT CHASE BRISCOE DID IN THIS CAR A YEAR AGO? “I have to win races. I have to be competitive. This car was the best car week in and week out last year. That has a lot to do with Chase Briscoe. As you can see he’s in the Cup Series now. He’s a heck of a wheel man himself, but I know Richard Boswell and all the guys on the 98 team are really smart and know what they’re doing and they’re gonna bring me just as fast race cars as they did last year with Chase, so it’s on me.”

YOU HAD A SOLID ROOKIE YEAR AND HAD TEAMMATES THAT WERE ABLE TO BREAK THROUGH WITH MULTIPLE WINS. HOW TOUGH WAS THAT TO SEE AND HOW IMPORTANT IS IT NOW TO BE HERE AT SHR AND FORD AND BEING THE MAIN FOCUS OF THIS TEAM? “It was difficult for the first half for me to process, but my teammates last year had a lot more experience than I did on these race tracks. Brandon has been in the series for quite some time now and he’s a good driver as well and Harrison has been in the truck series and he knows what it took to compete in the top three national series. Harrison is really fast himself, so I wasn’t surprise that they won races. I was a little surprised that we couldn’t break into victory lane. That did shock me a little bit, but, then again, with the whole Covid protocols and being at these race tracks I’ve never been to before with no practice and no testing I think people forget about that and I was just showing up to race tracks I’ve never seen before and having to race. I think we adapted well to it. Do I think I performed to my expectations or anybody’s expectation? I don’t think so at all, but I think that’s what this upcoming year is for with the 98 team.”

WHAT WILL IT BE LIKE TO NOT HAVE TEAMMATES THIS YEAR? “Kind of going back to 2017 and 2018 when I ran the ARCA Series I didn’t have any teammates there. It’s definitely a different change of environment. You can’t really bounce things off your other teammates during race weekends and things like that, but, like I said before, Richard’s got a really deep notebook so I can lean on Richard super hard for notes and questions like that and trust his setups and trust his notebooks.”

DO YOU FEEL YOU GOT WHAT YOU NEEDED OUT OF JGR TO TAKE THIS STEP TO ANOTHER TEAM? DO YOU WISH YOU HAD DONE ANYTHING DIFFERENTLY? “I don’t know. That’s a tough question. Like I said, I think my time at JGR just came to an end. We left on really good grounds over there. I’m really good friends with Ty and the whole family over there, that they truly are family to me and I loved working with the people over there, but it was time for a change for myself and for my career to try and revitalize it and try to go get wins. Hopefully, I can make it.”

TONY STEWART HAS A HISTORY OF TAKING ON DRIVERS THAT MAY HAVE HAD A ROUGH STRETCH AND WHERE PEOPLE MIGHT SAY, ‘WHY DID HE PICK THEM?’ HOW DO YOU FEEL ABOUT BEING PART OF SHR AND BEING ASSOCIATED WITH A TEAM THAT BRINGS THE MOST OUT OF A COMPETITOR? “I’m hoping it does the same thing as it’s done to previous drivers. I hope that they can find the most out of me. That means good for me. That means good for the team, so that’s what we’re trying to do. When it comes to what people say it sucks. Everybody would like everybody to be happy for everybody, but that’s just not how this world works nowadays. People are just straight-up mean, so it doesn’t really bother too much anymore. A few years ago it did, but those people are probably just haters, so it’s all good.”

HOW DID YOU FEEL LIKE THE COMPETITION WAS IN THE XFINTY SERIES COMPARED TO WHAT YOU WERE EXPECTING, AND HOW DO YOU FEEL ABOUT NEXT SEASON? “The competition in the XFINITY Series is really difficult. All of the guys are really good and I kind of expected that coming up. I knew it was gonna be a challenge to race in this series and those guys were there for a reason and they’re really fast. I hope I’m in a better position to go win races this year, just with that year of experience underneath my belt and with this new team I’ve joined at Stewart-Haas Racing I feel like this is my best foot forward to try to go win races for sure.”

HOW MUCH PRESSURE DO YOU PUT ON YOURSELF IN 2021 AND NOT TRY TO REPEAT WHAT CHASE DID LAST SEASON? “I kind of just worry about myself. Like I said, Chase Briscoe is a really, really good race car driver. He had a phenomenal season last year and he’s in the 14 Cup car now for a reason, but I’m kind of just gonna put my horse blinders on and work with Richard and the guys and try to go out and win races and do the best that I can do.”