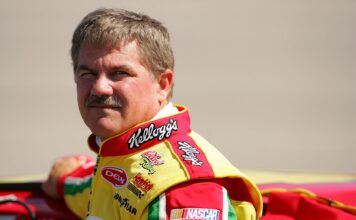 How can a driver attain all-time greatness? We’ve, without a doubt, heard of the NASCAR Hall of fame, but what does it take to make it on that list?

It could be a championship, an unbroken record on the ramp, or merely a natural mastery of the sport’s intricacies. An inborn talent, an art.

We have dotted down a list of most significant drivers of all time:

Terry Labonte is one of the top record holders of the 20th century. Although his wins were not as outstanding as other drivers of his time, he maintained a steady lead and won two titles to his name.

Sponsored by Kellogg’s Corn Flakes, Labonte won 22 races during his 38 years in the field. He recorded an impressive 361 top-10s in 890s starts long after his best performing years were over in 1999.

The champion retired in 2014 after 38 years of adventure and success, which began in 1978.

With 83 races won and three championship titles over 31 years, Cale Yarbrough entered the sports racing scene in 1957 to race and win, not play around.

The former Holly Farms-sponsored champion gave Bobby Allison ‘the worst fight ‘ between 1976 and 1979 when he cliched three consecutive titles to gain entry into the NASCAR Hall of Fame.

Nicknamed ‘Jaws,’ Darrel Waltrip was one of the most rigid drivers between 1972 and 2000. He is perhaps the only racing driver who could give Dale Earnhardt a run for his money.

That was before Jeff Gordon appeared in the scene, and even then, Waltrip proved himself an accomplished champion. For 29 years, Darell Waltrip impressed the world with his outstanding performance winning 84 races and three championship titles. The Budweiser-sponsored champion hung his helmet in 2000.

A 25-year stint which began in 1992, the former DuPont sponsored champion completed his adventure -filed career with four titles, having won 93 races and handed the reins over to teammate Johnson.

Fondly known as The Intimidator, ace racing driver Dale Earnhardt began his career in 1975 and went on to win seven titles and 76 out of 676 races before his untimely death on February 18, 2001.

The Dayton 500 event in Florida claimed the veteran champion and team founder’s life, throwing NASCAR in the limelight regarding its safety techniques.

“The man in black” continues to win in even death. His racing team, Dale Earnhardt Inc., is of the leading NASCAR racing teams with several sponsors, 106 racing victories, and six championship titles.

Sponsored by Quality Care and Ford Credit, Dale Jarret’s prowess as an ace racing driver was not apparent until several years later when he began to throw his competitors off the ramp to bag the first champions’ title.

Car racing sport is rich with a long history of men who brought honor and pride to the sport. As current champs continue with the spirit of taking the sport to greater heights, fans worldwide show their support through sports betting on sites like https://www.pokerplayernewspaper.com/casinos-not-on-gamstop/