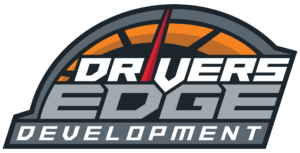 “We have some exciting things in store for 2021 and a full slate of activities for our participants utilizing cutting-edge tools and training methods. With another group of exceptional drivers, I can’t wait to see what we can do in 2021.”

Now in its third year, Drivers Edge Development is designed to groom the next generation of racing superstars through a tiered competition pipeline. Equally as important as the competition focus, Drivers Edge Development provides added training to enhance participants’ professional growth off the track. Drivers will partake in educational programs presented by industry experts focusing on their physical, mental and technical development. An emphasis is placed on areas such as brand building, social media and digital content, media training and fan relations in addition to support for partner procurement and retention. As part of the physical and mental development, Josh Wise will continue to guide the program, reprising his role as driver coach and providing comprehensive physical training for each driver.

·        Tyler Ankrum (NCWTS driver of the No. 26 for GMS) – Ankrum enters his second full-time NCWTS season with GMS and his second year as part of the Drivers Edge Development program. Ankrum collected three top-five and 10 top-10 finishes in 2020 and qualified for the Playoffs for the second consecutive season. Ankrum scored his first career NCWTS win at Kentucky Speedway and took home Rookie of the Year honors in 2019.

·        Will Cox (Late Model driver for JRM) – Will Cox III is the newest addition to JRM’s championship-winning Late Model team for 2021. The 15-year-old Raleigh, N.C. native will compete in his first full-time Late Model campaign in the CARS Racing Tour as well as some special events. Cox III had a rapid rise through the karting and U.S. Legend Car ranks, winning the Young Lions National Championship race and finishing third in the World Road Course Finals. In 2020, Cox III made the move to Late Models, starting with the Carolina Pro Late Model Series and making his first CARS Tour start in August.

·        Noah Gragson (NXS driver of the No. 9 for JRM) – Gragson enters his third full-time NXS season with JRM. Gragson earned a career-best two wins, 17 top-five and 25 top-10 finishes in 2020 and finished fifth in the championship standings. Gragson is an alumnus of the 2016 NASCAR Next class and has been part of the Drivers Edge Development program since its inception.

·        Raphael Lessard (NCWTS driver of the No. 24 for GMS) – Lessard is a newcomer to the Drivers Edge Development program and is set to compete in only his second full-time season in NCWTS. Lessard collected one win at Talladega Superspeedway in 2020 and finished the season with four top-five and seven top-10 finishes.

·        Sam Mayer (NXS driver of the No. 8 for JRM) – Mayer is entering his third year as part of the Drivers Edge Development program and will take over the No. 8 Chevrolet in the NASCAR Xfinity Series upon turning 18 years old on June 26. Mayer is the youngest champion in NASCAR history and collected back-to-back ARCA East Series championships in 2019 and 2020. Mayer was also crowned the 2020 ARCA Sioux Chief Showdown champion and earned his first career NCWTS win at Bristol Motor Speedway in September in only his sixth start in the series.

·        Chase Purdy (NCWTS driver of the No. 23 for GMS) – Another newcomer to the Drivers Edge Development program, Purdy is an alumnus of the 2017 and 2018 NASCAR Next Classes. Purdy will compete for Rookie of the Year honors in the NCWTS for GMS after running a partial schedule for the team in 2020. Purdy amassed 10 top-five and 14 top-10 finishes en route to a fourth-place finish in the ARCA Racing Series championship standings in 2018.

·        Zane Smith (NCWTS driver of the No. 21 for GMS) – Following an incredible rookie season, Smith enters his second full-time NCWTS season with high expectations. Smith earned two wins, seven top-five and 13 top-10 finishes en route to a second-place finish in the championship standings in 2020. Smith also took home Rookie of the Year and Most Popular Driver honors in 2020. The Huntington Beach, Calif. native turned heads among stiff competition in 2019, claiming two top-five and seven top-10 finishes in only 10 NXS starts for JRM. Smith has been part of the Drivers Edge Development program since its inauguration.

ABOUT JR MOTORSPORTS:
JR Motorsports is the management company and racing operation for Dale Earnhardt Jr., NASCAR’s 15-time Most Popular Driver and winner of 50 NASCAR-sanctioned races.  Now in its 20th year of overall competition, JR Motorsports races in multiple divisions, including the NASCAR Xfinity Series where it won championships in 2014, 2017 and 2018.  The company also competes in Late Model competition and owns five championships in regional late model divisions.  To learn more about the organization, its drivers and its sponsorship opportunities, visit www.jrmracing.com.