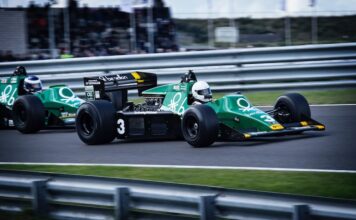 The year 2020 has been a rollercoaster ride to say the least and so the upcoming events on the Formula 1 calendar due to start in 2020 with the Australian open will now be postponed. This comes as a result between Formula 1 and the FIA who both agree that the 2020 FIA Formula 1 World Championship should take place in the following year, being 2021 of course. However, with the overflow of 2020’s turmoil, the dates to schedule the Bahrain GP on the 28th March and China’s GP on the 11th of April 2021 will now have to be reviewed yet again. However, the events planned for later this year seem promising, such as the Abu Dhabi, Monaco and Singapore Grand Prix events. Let’s have a look at what you can expect.

Abu Dhabi is one of the most well-known F1 events and we’ll tell you why. This Grand Prix event features twilight races, which are both entertaining and exhilarating. Since this F1 event marks the end of the season, there are lots of anticipation among spectators and fans of the sport.  The Abu Dhabi Grand Prix is regarded as the most elaborate on the Formula 1 line-up and for good reason. This event takes place over a weekend at the famous and stunning Yas Marina Circuit. Further to this, a valid and official ticket grants the owner the opportunity to be seated on the grandstands, from where all the excitement from the races can be enjoyed. We’re sure that fans would not want to miss out on this one.

The Singapore F1 extravaganza is one that also attracts a lot of attention. The entertainment that precedes this event is equally as enjoyable for attendees as the actual races. The races, which normally take place in the latter part of the day, allow patrons to listen to some music as well as relax. The event takes place in the city streets, during the evening. The tickets which are purchased at the entrance of the venues allow patrons to partake in any of the activities which take place before the beginning of the F1 racing.

The Monaco Grand Prix is one of the most glamorous and epic Grand Prix events across the world. The city, which boasts many ancient and luxury destinations, is the setting for one of the Formula 1’s most sought after events. The Grand Prix also takes place over a weekend, where many other forms of entertainment also feature on a large scale. None of these other activities take away anything from the main event, which is of cause the F1 racing. Patrons pay huge amounts of money to be able to be a part of this event and the pleasure they receive from these events will keep the adrenalin junkies coming back for more, year after year.

As mentioned on the official site of Formula 1, the events calendar was approved for revision, which left many fans looking for alternative means of entertainment. As a result of the shift in focus, and to satisfy their adrenaline rush, fans looked to get a piece of the action by opting for virtual racing and gaming. What’s interesting to note is that slots gaming also experienced accelerated growth, perhaps due to players spinning those reels fast, which when you think about it, is quite similar to racing in a virtual sense. Spin Casino one of the best performing brands of the internationally successful Buffalo Group has recorded a substantial growth in existing customer activity and player acquisition specifically related to the progressive slots product as this is what they specialize in. In order to enable players with a smooth start into their Slots Races, Spin Casino also came up with an abundance of Exclusive Free Spins offers on a variety of titles like Dragon Shard or Lucky Firecracker.

Although Slots are lots of fun we hope that the Formula 1 is coming back with a vengeance in 2021!