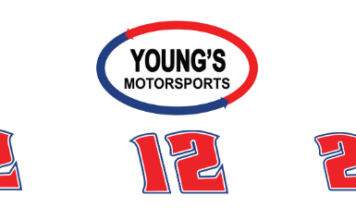 With Fogleman’s return, Young’s Motorsports will return to a three-truck operation this season and re-introduce the No. 12 Chevrolet Silverado, a number the team utilized during the 2019 Truck Series season.

Considered a short track standout, Fogleman, 20, joined Young’s Motorsports full-time last season aboard the team’s flagship No. 02 Chevrolet Silverado entry. While the coronavirus pandemic presented its challenges for the rookie Truck Series driver with no practice or qualifying for most of the season, he posted numerous top-15 and top-20 finishes en-route to a 17th place finish in the championship standings.

His rookie season was highlighted by an impressive 13th place finish at Michigan International Speedway.

“I’m thrilled to return to Young’s Motorsports this season,” said Fogleman. “2020 certainly provided its challenges for everyone, including me but I’m taking that experience and think it will help us as we set out to accomplish a lot this year.”

Fogleman first climbed behind the wheel of a stock car at age seven and has not looked back.

Longtime Fogleman marketing partner Solid Rock Carriers will launch his sophomore season as a partner on his No. 12 Chevrolet Silverado, with additional partners to be named later.

“Everyone on the team knows how driven I am to race and I’m ready to tackle the year head-on,” added Fogleman, a veteran of PASS and CARS Super Late Models. “I am really grateful to Tyler Young and the Young family for their support and this opportunity again in 2021.”

“I’m excited to be back at Young’s Motorsports again,” said London. “I’m really looking forward to working with Tate too. He is a racer and like the rest of us, I know he will give 100% every lap.

“He had success in his first full-time year considering he had never seen and more less had any laps at most of the tracks he ran. I feel with the team Tyler (Young) has put together Tate’s sophomore season should be his best yet.”

“Our organization is thrilled to get Tate back into one of our trucks and expand the Young’s Motorsports organization back to three teams,” said team principal Tyler Young. “We’re very happy about our lineup and look forward to having another successful and memorable season.”