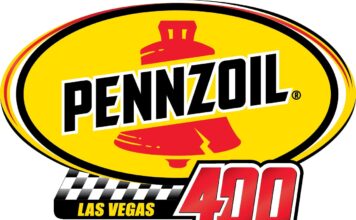 WHAT DID YOU SAY TO KYLE LARSON? “I’m just really happy for him. I know he’s been through a lot over the last year. He’s a good kid. I’ve known him for a little while and he’s got a good family and just happy to see him bounce back.”

HOW WAS IT RACING WITH HIM? “He was really fast. He was smart. He had a lot of speed in all the lanes, which was really impressive. Usually, you’ve got to make a compromise, but they were really good. If Kyle Larson wasn’t here, we’d have had a dominant day, but they were really strong. He’s got some really good equipment now and he’s gonna keep showing it I’m sure.”

YOU CONGRATULATED KYLE RIGHT AFTER THE RACE. “Yeah, good for him. He ran a great race. He was really fast. The kid’s got so much talent. I still wanted to beat him, though, but we had a great Discount Tire Ford Mustang. If he wasn’t here, we would have just stunk the show up, but he was and he ran good.”

“It was a positive race after the struggle we had getting going this year with having three very bad races. So, it was nice. We had good speed in our Menards/Pennzoil Ford Mustang, just didn’t quite have enough. We lost a little bit of time on that last pit stop. We kind of had a miscommunication thing, but I don’t think we were gonna catch the 5. He was the class of the field, but we made it a lot better. I was a little bit tight there at the end, but proud of Todd Gordon and everybody for not letting a few bad finishes get us down. Hopefully, we can start getting on a roll here.”

HOW DID THINGS GO TODAY? “I thought it was a pretty solid day all day. We had to start pretty far in the back from our bad finish last week, and was able to make it up to ninth, I think, before the comp caution and got third in the first stage and then like fifth in the second and ended up fifth. I thought we could have run second or third. The 5 was really the fastest one all day long. It didn’t matter where he was he just drove through the field, but, overall, a really good effort by our group. We really needed that after having three pretty bad races to start off the year. It’s nice to kind of finally get a good run and just a no problem day, just having a solid car and working on it throughout the day. I’m really proud of Todd and the whole 12 bunch and nice to get a good finish. Now we can get rolling here.”

WHAT DO YOU THINK THIS DOES FOR YOUR WHOLE ORGANIZATION? “Todd Gordon and I were just talking. There were four Gibbs cars in the top 10, two Hendrick cars and three Penske cars. Obviously, those guys are really fast right now. Hendrick showed it last week with the 24. Obviously, the 5 was really fast today, but I thought we all made good gains. I didn’t think we were that great at Homestead last week. I thought our company struggled a little bit and we put in a lot of work this week to come here and be better, so I thought the performance side on Team Penske was really good, but there’s obviously a long way to go. The 5 was pretty dominant all day, but we’ll keep working. It’s just nice to be close to where you’re not in left field and swinging at things, you’re just trying to tinker on some stuff.”

IT WILL BE A YEAR THIS WEEK SINCE EVERYTHING CHANGED. DOES IT SEEM LIKE IT’S BEEN THAT LONG? “Yeah, it’s funny you say that. It doesn’t feel like it’s a year, for sure. It doesn’t feel that long, but it’s just something that’s obviously changed the whole world. This virus, we always talk about how it’s changed our sport, but it’s changed everyone’s lives no matter what they do around the world. It’s just a different thing. Hopefully, we can get the vaccine sorted out and people start to get healthy again just to get back to something normal. People just miss seeing everybody and all that stuff. We had some fans here today, but miss the whole crowds and meeting people in the infield and just being able to go out to eat and not have to worry about getting sick or getting someone else sick, but it doesn’t feel like a year. The best thing we can do is doing what we’ve been doing and staying safe and doing the right stuff to make sure we contain it the best we can and keep everyone healthy.”

WHAT DOES IT FEEL LIKE TO FINISH FIFTH AFTER SUCH A ROUGH START? “We definitely needed it. Like I said, it’s just been an unfortunate first three races for us, getting tore up in two of them and just not running very good at the road course there. It was really nice to have a strong day. It just helps confidence with everybody. It helps confidence with me, the team, everybody. It just helps that out and the points day. It’s way better for a starting position next week, it’s better for points, it’s pit stalls — all that carries over now. It carries over, so all of that, we had a really bad pit stall today just because of how far back we finished at Homestead, in front of the 5 and behind the 6. The 5 was in front of us most of the day and the 6 was on the lead lap most of the day, so we were squeezing in there and out and that’s just the trouble side of it, so it’s nice to hopefully be able to have a good pick and be better than what it was today, but it just helps with confidence for everybody all around.”

WHAT ARE YOU SEEING OUT OF THE HENDRICK CARS THAT MAYBE THEY’RE DOING DIFFERENT FROM PAST YEARS WHEN THEY HAVEN’T HAD AS MUCH SPEED? “If I knew it, hell, everyone would know it. Everyone in the garage, a lot of people smarter than me would know and we’d be doing it. They’ve just got a good balance right now from what I can see. They’re not super draggy. They go down the straightaway pretty good and they handle really well in the corner, so they found a really good combination of how to be. That’s just hard work and all the teams work hard at finding the max potential in their cars and they’ve got it right now, so we have to work hard to catch up.”

“We just weren’t as fast as we wanted to be today. There’s a little bit of confusion at the moment to figure out exactly where it is and what we need to do better. There are two different theories and hopefully we can figure out what those are, but, overall, we tried some strategy stuff to get up there in a stage, led a couple laps, but fell off on the older tires, and then tried some more strategy stuff with tires to try to pass two cars and it just seemed like we were a ninth-place car. That’s where we ran most of the day. That’s where we were on restarts. That’s where we were on the long runs, it’s just where we were. We’ve got a little bit of work to do to make up that difference, but it’s a top-10 finish. Hopefully, it keeps us up towards the front in points. We didn’t get many stage points. I’m not sure where we’re at yet, but we’ll head off to Phoenix.”

IT SEEMS LIKE A PENSKE, GIBBS, HENDRICK SITUATION. IS IT FAIR TO THINK THAT’S HOW MOST OF THE SEASON WILL BE? AND TEAMS LIKE SHR ARE STRUGGLING. CAN WE READ SOMETHING INTO THAT AT THIS POINT OF THE SEASON OR IS IT STILL TOO EARLY? “From my experience in this sport it goes in waves. There are times that it’s surprising how long someone can stay on top, but for the most part most of the time every 20 races or so it seems like it kind of switches up from one to the other. A team like Stewart-Haas, you don’t count them out. There are a lot of smart people over there and obviously it’s still very early in the year. Everybody is trying to figure things out. I will say one thing, it’s harder to recover right now if you’re off on speed because there’s no practice, just like it was last year, so that part makes it very challenging. If you’re behind, it’s hard to figure it all out because it’s trial and error in the race and that makes it pretty hard.”

CONSIDERING THERE HAVE ALREADY BEEN FOUR WINNERS CAN YOU MAKE THE PLAYOFFS FINISHING NINTH EVERY WEEK? “I don’t know. I try not to think of it in that way. I want to try to win every race we can and trying to say you’re OK with a ninth-place car is not in any of our DNA to say that. It’s not the mentality that we have, so we’ll figure it out and get better and faster, but I wouldn’t say we’ve been a ninth-place car every week so far. We were good at the road course, not winning but decent. Superspeedways we’re close. We can win one of those at any point and we’ll see where we are at Phoenix. It’s safe to say that our mile-and-a-half stuff needs a little work, at least for the 22 car, but it seems like maybe the 750 package was our strength last year. That smaller spoiler, less downforce seems to fit our car a little bit better. We’ll see if that’s true when we get to Phoenix.”

IT WILL BE A YEAR THIS WEEK SINCE EVERYTHING CHANGED. DOES IT SEEM LIKE IT’S BEEN THAT LONG? “I don’t think anyone would have expected it to be a year long and that we’d be sitting here wearing masks still and getting through all this. It’s surprising for sure. I don’t think anyone would expect this, but we’ve figured out a way to do it, just like everyone else in the world at this point. Everyone has figured out a way to go back to work and keep their business going and our industries going and that’s what we’ve been able to do. I always remember Atlanta when I was down at the racetrack and the world ended for a little bit, just a crazy, crazy time. I’m ready for it to be over. I’m over it. Let’s move on.”

“Not the day we were hoping for in the Love’s Travel Stop Ford Mustang. We just got behind a little bit with some of the adjustments and just needed a little bit more speed. The car drove pretty well. We could stay wide-open for quite a long time, but just needed a little bit more speed. That was a fight all day. We finished 17th, not terrible, but we were hoping for more. I’m really proud of everybody and keep the good finishes rolling here and head to Phoenix, my home track. We’ll have some fun with the family and looking forward to being in my hometown.”