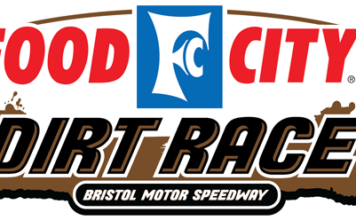 RICKY STENHOUSE JR., NO. 47 KROGER CAMARO ZL1 1LE – Finished 2nd
BRINGING IT HOME IN SECOND PLACE, YOU GUYS HAD TO MAKE SIGNIFICANT CHANGES TO THIS RACE CAR ALL DAY LONG. FINALLY AT THE END, IT LOOKED REALLY GOOD.
“Yeah, our Kroger Camaro was really good on the long run; we needed a little bit more NOS Energy Drink for the restarts. I just couldn’t get going; couldn’t get the turn in the race car that we needed. But we made a ton of adjustments and we kind of went back and forth overnight of what we were going to do. (Kyle) Larson and I came out and hung with the track crew. Steve Swift and the boys did a great job of getting this thing raceable today with all the rain and all the challenges that they had.”
“Man, we had a blast. At the start of the race, I was terrible with the green race track and a little bit of moisture in it. But as it blew off, we got back to where we were in practice and felt really good with it. A good way to go into the off week. I’m going to go run my sprint car with my dad this weekend. Hope everyone has a good Easter. Go get some NOS Energy Drink at Kroger!”

DANIEL SUAREZ, NO. 99 CAMPING WORLD CAMARO ZL1 1LE – Finished 4th
LESS THAN A WEEK AGO, YOU GOT ON DIRT FOR THE VERY FIRST TIME. TODAY YOU LED 58 LAPS IN THE CUP RACE AND FINISHED FOURTH. HOW IN THE WORLD DID YOU DO IT?
“To be honest, I had no idea what I was doing. But we’re having fun. Everyone at Trackhouse Racing did an amazing job. This is the second week in a row that we’ve had very fast race cars capable of running in the Top-5, Top-10. I couldn’t be more proud of all these guys (like) Justin Marks, Ty Norris, and everyone that helps in this program; Camping World, Chevy, CommScope. Everyone has been a huge support of myself. It just feels so good to be back. It’s been a little bit difficult the last year, and it feels so good to be able to race with these guys and to have some fun up front. Hopefully our time will come soon.”

WILLIAM BYRON, NO. 24 LIBERTY UNIVERSITY CAMARO ZL1 1LE – Finished 6th
“We had a lot of fun today. I felt like we were really good in Stage 1 and 2, and then I got too loose. The car just didn’t have enough to lean on and we struggled on the restarts because of that. We got it really good by the end and came back from eleventh to sixth. It was good; a lot better than I would have thought. We’ll move onto Martinsville and try to win that one.”

TYLER REDDICK, NO. 8 BETMGM CAMARO ZL1 1LE – Finished 7th
“That was a tough day for everybody out there, but I’m really proud of my BetMGM team for sticking with me all day long. It was truly a battle out there to keep up with the changing track conditions. I felt like we had everything come at us today. Our No. 8 BetMGM Chevrolet Camaro ZL1 1LE fired off too loose and then built too tight as the track changed. Visibility was a huge challenge too. My spotter, Derek Kneeland, did a great job helping me through all the restarts when I couldn’t see anything on the track with all the dust. Towards the end of Stage 2, my engine temps started pegging and we were all worried that was going to ruin our race, but thankfully a caution came out at the right time. I was able to cool it off long enough under yellow to make it to the stage break and have my team work on it. We had a shot at a top-five at the end today, but I went for it on the top and the grip just wasn’t there like I hoped. But overall, a really good day for us. We’ll take this top-10 finish and build on it in a couple weeks at Martinsville Speedway.”

ERIK JONES, NO. 43 TIDE CAMARO ZL1 1LE – Finished 9th
“It was a good day for our No. 43 Tide Chevrolet Camaro ZL1 1LE at the Bristol Motor Speedway. We started a little bit further back in the lineup, and worked our way towards the top-10. Our Richard Petty Motorsports team ended up getting some good stage points throughout the day (Stage 2, 8th-place) and ended up coming home in the ninth place. It was a solid day. What we were looking for today was getting back towards the top 10, and I think our Chevrolet Camaro was probably a little bit better than that even. We just kind of ran out of laps and ran out of time the way the race was sectioned out.”

“We got some good notes. It sounds like we are going to do this again in the future, so hopefully we can take something we learned from today, move forward with it and bring it back next time.”

KURT BUSCH, NO. 1 MONSTER ENERGY CAMARO ZL1 1LE – Finished 16th
“We tried the slow and steady approach, tried to keep all the fenders on the Monster Energy Chevy, maybe that was too much of the old man sequence. Not many scratches on it, but not much speed, just tried to take care of it. It was good to see fans back at the track. Me and Harvick were back there trying to hold each other up!”

ALEX BOWMAN, NO. 48 ALLY CAMARO ZL1 1LE – Finished 22nd
“Not how we wanted to end our day. We lost fourth gear early on and it just affected the rest of our race. I really think we could have been up front at the end. It’s going to be nice to have a weekend off this week and we will come back strong in Martinsville.”

ROSS CHASTAIN, NO. 42 CLOVER CAMARO ZL1 1LE – Finished 35th
“Just a disappointing day for the Clover team. We were making progress and working to see how the track conditions would change. Unfortunately, we didn’t even make it to the end of the first stage. Just a wrong place at the wrong time kind of moment.”
Team Chevy high-resolution racing photos are available for editorial use.