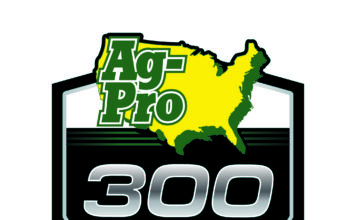 Michael Annett
No. 1 Pilot Flying J/myRewards Plus™ Chevrolet
• Michael Annett’s best finish on the 2.66-mile oval came in 2017 in his first start there for JR Motorsports. The Iowa driver ended the day seventh at the checkered flag.
• Annett’s first pole in the NASCAR Xfinity Series also came at Talladega Superspeedway in 2019. He was battling for the lead with 17 laps remaining when he was caught up in a crash and finished 31st after leading 10 laps.
• Annett has earned three top-10 finishes in the last four races, the best being a sixth-place effort at Las Vegas.
• Beginning this week, Annett’s No. 1 Pilot Flying J Chevrolet will carry a special paint scheme featuring the myRewards Plus™ app, a rewards program made for drivers™.

Josh Berry
No. 8 Tire Pros Chevrolet
• Josh Berry will make his Talladega debut this weekend in the Tire Pros Chevrolet. In one superspeedway start, Berry finished 27th after being involved in a late-race incident earlier this year at Daytona.
• Berry is one of four drivers vying for the $100k Dash 4 Cash payday. The 30-year-old qualified by winning the NXS race at Martinsville Speedway.
• Following the win at Martinsville, Tire Pros expanded its partnership by adding two additional races to its schedule with Berry starting at Talladega.
• In 2021, Berry has one win, one top five and three top 10s while pacing the field for 95 laps.

Noah Gragson
No. 9 Bass Pro Shops / TrueTimber / Black Rifle Coffee Chevrolet
• Noah Gragson has made four starts at Talladega Superspeedway in the NXS, earning a pair of top-five finishes and three in the top 10.
• Gragson, who won the $100,000 NXS Dash 4 Cash bonus at Martinsville Speedway, will once again compete for the big money at Talladega. Gragson has won two Dash 4 Cash checks, with the other coming in 2020 at Atlanta Motor Speedway.
• In the last four series races, Gragson has three top-five finishes, including a second-place run at Martinsville to

Justin Allgaier
No. 7 BRANDT Professional Agriculture Chevrolet
• In 11 NXS starts at Talladega, Justin Allgaier has earned three top fives and six top 10s with a best finish of third.
• Allgaier has run strong at the superspeedway of late, leading the field in five consecutive races dating back to this event in 2017.
• Overall, in 32 career starts at Daytona International Speedway and Talladega, Allgaier has scored a combined seven top fives and 14 top 10s, twice earning a best finish of second.
• In his NXS career on tracks 2 miles or greater in length, Allgaier has recorded one victory, coming at Indianapolis Motor Speedway in 2018.

Driver Quotes
“We’ve always been fast at Talladega, and our last race there we were in contention for the victory. The last four races, we’ve been really fast and consistent, and this is one of our better tracks, so we’re looking for good things on Saturday. I’m proud to carry a new paint scheme featuring the myRewards Plus™ app, which saves professional drivers money on fuel, saves time and adds convenience to help them do their jobs.” – Michael Annett

“Talladega is definitely a place where you have to be on your toes at all times. It’s a race where anything can happen and you just have to hope that you’re in the right place at the right time to avoid all the trouble out there. We’ve had strong runs here over the last few years and I know that we will have another extremely fast BRANDT Professional Agriculture Chevrolet that will be capable of getting to the front and staying there. Hopefully we can have a good, clean race and work well with our teammates to bring home another victory for JRM on Saturday.” – Justin Allgaier

“I’m ready to get back to the race track but I am glad I have had a little time to soak in the Martinsville win. I’ve watched some film from Daytona earlier this year and last year’s race at Talladega in order to be prepared for this weekend. I’m thankful for the opportunity that Tire Pros has given me by adding another two races to their schedule with me, so I am hoping we can put the Tire Pros Chevrolet into Victory Lane this weekend and give them something to celebrate. A big thanks to Xfinity as well for putting together the D4C. Winning $100k would definitely be a great payday.” – Josh Berry

“Dave (Elenz, crew chief) and the No. 9 guys always prepare fast race cars for these superspeedway races and I am ready to get back to the track. After a good run at Martinsville, I think our momentum for the season is starting to pick up and hopefully that continues this weekend in Talladega. There’s going to be times where we will need to be aggressive to work our way to the front and I know I will have a car capable of doing just that. Hopefully we can win the race and bring home another D4C check. Thank you to Xfinity for giving back to our series in this way, it’s huge for us to be able to race for that kind of bonus.” – Noah Gragson

JRM Team Updates:
• JRM at Talladega: JR Motorsports returns to Talladega Superspeedway in 2021 after having all four Chevys pace the field and placing two cars inside the top 10 during the 2020 spring race. To date, JRM has two wins, 14 top fives and 25 top 10s in 45 starts at the 2.66-mile speedway with the most recent race winner, Elliott Sadler, having won for JRM in 2016. JRM has a combined 14 wins, 74 top fives and 137 top 10s on tracks measuring 2- miles or longer in NXS competition.
• Dash 4 Cash Prowess: JRM drivers have claimed the Dash 4 Cash bonus on 14 different occasions with more than half of those victories coming since the 2017 season. Noah Gragson most recently took Dash 4 Cash honors at Martinsville Speedway on April 9th.
• Pilot Flying J myRewards Plus™ App: Save time and money on the road at Pilot Flying J Travel Centers and One9 Fuel Network locations with the myRewards Plus™ app, the rewards program made for drivers™. The app offers more of what matters on the road: more savings, more convenience and more time-saving features to plus-up your next stop. Professional drivers can earn up to four points per gallon only in the myRewards Plus™ app by activating the tiered points program every month. It has a trip planner, which has exclusive offers to find the best places to stop and save along the road with clean, fast and friendly service at Pilot Flying J Travel Centers.