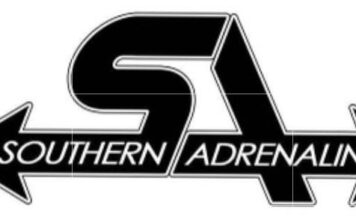 LAKE ST. LOUIS, Mo. – In motorsports, especially drag racing, it’s not uncommon to see competitors helping each other at the track. There’s a sense of honor at the drag strip where racers want to win, but only when the driver in the next lane is competitive. Turning the win light on is sweeter when you’ve beat the best at their best.

Ben Jones, owner of Southern Adrenaline, is a racer who takes that attitude to the track. With the CBD American Shaman 2021 American Drag Racing League Tour kicking off next weekend at the Texas Motorplex near Dallas, Jones is providing products to ADRL teams that not only give them an edge, but provide good health as well.

Southern Adrenaline’s top product is their custom hearing protection. Made for professionals needing to not only stay in communication with co-workers and teammates, but to also prevent hearing loss and ear damage due to the high decibels they experience. Obviously, there’s a big market for this kind of device at the drag strip.

“We’re there for the racers and for the fans,” said Jones. “Southern Adrenaline makes custom earpieces for drivers, teams, and officials so they can not only communicate, but protect their hearing in one of the loudest environments to work in. Plus, when we’re at the track, we supply helpful things like suit drying, tire gauges, and the things you can’t just get down the road at the auto parts store.”

To work with the ADRL was a no-brainer for Jones, a longtime motorcycle racer. “The biggest thing I appreciate about the ADRL being a racer myself is they treat the athletes like they’re the show,” he said. “They’re not charging the drivers entry fees, which is a different thing than other series who think they’re the show instead of the drivers.

“People are there to see the drivers and not the series. I wish more series would do something like that.”

Get the Gear! Missed out on any of the exciting 2020 ADRL Tour events? Need your ADRL merch? Get everything you need by clicking HERE!

For more information on the American Drag Racing League and to stay up-to-date on breaking news, follow them on their official page on Facebook at Facebook.com/ADRLDrags and on Instagram and Twitter at @ADRLDrags. Fans can also visit the official ADRL website at ADRLDrags.com.