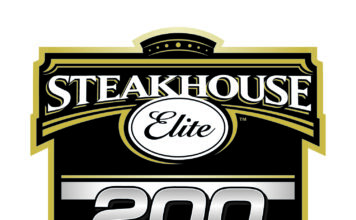 How does a third-place finish feel for you?

“Our Supra was pretty dang good throughout the race. We honestly had lap times to win the race. We didn’t have it the entire time, but man, I don’t know. We couldn’t keep track position very good. I don’t know what the beef with the 16 (A.J. Allmendinger) is. The respect level between the two of us is just not there for whatever reason. To be able to run this Toyota, Todd Bodine throwback – I know this means a lot to them with Toyota. We came up short, but this is where we need to be after getting wrecked a few weeks ago.”

How was your race overall and did you have something for them on the final restart?

“I think it was so cool to have Todd Bodine’s scheme on the Supra this weekend. I know that meant a lot to Toyota. Definitely wanted to get a win for them in that scheme. I know last year was so cool to have that scheme and we got the job done. I knew it was going to be close and that restart there at the very end, those two JRM (JR Motorsports) cars were battling hard and flashbacks came into my mind. I thought that those two were going to get in the fence and I’ll roll on by. We just didn’t have quite enough I don’t think in the tank, but I think we ran some of the fastest laps of the race so we definitely had speed in our Supra. Just all in all, needed to be just a tick better. We’ve got a lot to build on when we come back here in the fall.”

Describe where you are at right now with this fifth-place run.

“Frustrated. That’s where I’m at. I thought we had a Red Farmer Poppy Bank Toyota Supra way capable of winning this race today. I’m disappointed it didn’t work out. We had a left rear tire going down when we had that caution late with just a couple to go in stage two. Thankfully, I appreciate (A.J.) Allmendinger radioing our guys that they thought the left rear looked soft. When we you are at these places, you try not to swerve the car back and forth because you are just taking tire life out of it, so I hadn’t tugged on the wheel any, but with him radioing our guys, I tugged on the wheel and immediately knew it was flat.That put us behind. We never really had a chance to rebound. This race is so short. You have stuff like that happen, it’s hard to come back from. I’m proud of the effort. I, for sure, look forward to coming back here.”

How was your car throughout the race?

“The car was way better than the finish. Really proud of everyone on this Poppy Bank Toyota Supra for sticking with it. I thought Dave Rogers (crew chief) and everybody prepared a car that was more than capable to come here and win this race. We gave it up right there on pit road, but our day is coming. They know it’s coming. We’re leading laps and we’re doing the things we’ve got to do, but it’s just unfortunate to get a flat tire rolling around under caution. That kind of just put the nail in the coffin for our day. We rebounded and looking forward to coming back here in the fall.”

How frustrating was it to pit under the final caution and have so few others follow?

“That’s always, as soon as you pit, you know more that you did before you pitted. Obviously, I think we would have gone back on that call. Hindsight is 20-20 and something to learn from. I’m really proud of how fast we were with our DEX Imaging Supra. We won a stage and needed maybe a tenth more and we could have won the race on speed. Disappointed in myself, I did a good job on the green flag runs and didn’t do a good enough job on the restarts to control the race. If I controlled the race then we wouldn’t have had to make a call to win like that. Just a tough day. You’re close, but not quite there. We’ll get one of these sooner or later.”