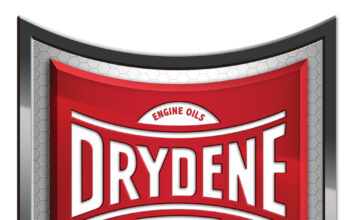 DOVER, Del. (May 12, 2021) – Joe Gibbs Racing driver Martin Truex Jr. was made available to media via videoconference prior to the Dover race earlier today:

“I feel like there’s a handful of really good passing zones. Obviously, as usual, after the long straightaways and the front straightaway and back straightaway are both really long going into really hard braking zones that are low speed, first gear. Those are definitely good areas. There’s a little short chute on the back, about halfway around the track that should be pretty good. Then I think coming out of the last corner onto the front straightaway is a good one as well. I think there’s going to be plenty of opportunities there with it. Especially the fact that it’s got older pavement and it’s going to have pretty decent tire wear. That’s going to open up a lot of opportunities as well and should be fun.”

Is there anything at CoTA that feels very different from things you’ve done previously?

“I think in general the track has a little bit of that just because it’s so unique with high speed and low speed. It’s like Sonoma and Watkins Glen all pushed together. It’s a little different in that aspect. I think as far as road courses go, it’s a road course. I don’t think there’s anything that guys are going to be completely freaked out about or lost about.”

Would you ever enjoy the chance to practice and get behind the wheel of a F1 car?

“Possibly. Depending on the track. I think that’s a completely different world than driving a stock car. Be careful what you wish for I guess. It would be neat to just feel what it was like and maybe experience that in an open kind of deal like they did before with car swaps. I don’t know about going to try it in a real race. I’d be somewhere I probably didn’t belong. It would be cool to experience those cars and what they felt like and how much different it really is.”

Is it realistic to be able to reel in Denny Hamlin at 75 points out for the regular season championship and more bonus points?

“It’s doable for sure. It’s obviously going to take a little bit of rough luck on their part. We’ve had a couple bad races and that’s really the difference. Wrecked at Daytona, wrecked at Talladega and a flat tire on the last green-white-checkered at Bristol really hurt us. We’ve had a couple really bad finishes and that’s really the difference and they’re going to need to have a few of those I think for us to catch them. We’ll see how it plays out. Obviously, feeling great about where we are as a team and what we’re doing. If we can keep winning races, we’ll do what we need to do points-wise.”

Are points on your mind at all or do you just go to win races?

“I think when you talk about points, we’re thinking championship bonus, Playoff points. Winning races, winning stages that’s what we need to do and that’s what we did this past weekend. It would be great to win the regular season because that’s a chunk of those points as well. We’ll see how it goes. We’re in a good place and focused on what we’re doing. The team is doing a great job. Need to keep pushing and keep gathering those bonus points.”

How did it feel to have fans and people back at Darlington this past weekend?

“That’s been great to be getting back to where we should be and having fans there. Our sport runs off of that. We feed off of that as drivers. You feel that energy. I think we all talked last year when we came back and there was no one there, no practice, it just felt like we were at a test. It doesn’t feel like a real race. Definitely feels more normal to have everybody there and enjoying a great show. Definitely a lot more fun to celebrate after winning when they’re there, that’s for sure.”

How much confidence is there at Joe Gibbs Racing knowing you and Denny Hamlin are first and second in the points?

“It’s good. I think everybody is pleased with where we’re at. This sport changes quickly and it’s very difficult. We just need to keep pushing and working hard in the direction we’re going. I think the great part about it is we have a game plan. After last year weren’t happy with where we were and everybody went to work. Worked in a lot of key areas and did a lot of good things. Feeling good about it. I think all of our cars are running well consistently and that’s a good thing. We’ve all had chances to win or have won. It’s been good. Just keep pushing and try to win more and hopefully we stay on top of it.”

What is it about Dover that makes you so good?

“Just ever since I went there the first time, it’s a place I really enjoyed going to. It’s a unique track where you can use a lot of past history and I think for me when I go there, I don’t really worry a whole lot about how fast we are or exactly what the setup is or things like that. I really just kind of go by feel of the car and know what I’m looking for. That’s really a key for a lot of places is once you figure it out, if you can duplicate that feel or those certain little tendencies your car has to do well, you can carry that through the years and we’ve been able to do that there. Hopefully we’ll get it feeling the way I like this weekend and get up there and try to win another one.”

What is your relationship like with James Small and do you feel fully acclimated after a year-and-a-half together?

“It feels good. James (Small, crew chief) and I are on the same page and I think at the same time, a lot of this is just him doing a great job and making the right decisions, which is a tall order with no practice. There’s so many things that go into building a car and getting it prepared for a race and then putting a certain setup in there. You lean on past history, you lean on simulation and just really trying to nail it is so difficult. There’s so many assumptions and so many things that you have to guess on. I think he’s doing a really good job. He’s got a great understanding of what I need. Doing a great job of trusting his instincts and not being afraid to get aggressive on certain things in certain areas. He’s doing a great job and it’s been fun to have success. Last year he was stressed out a bit about only winning one race and trying to figure out how to deal with this no practice deal or situation. He’s doing a good job and hopefully we can keep it going.”

How tough was the race at Darlington for you?

“I think it was a very difficult race. I came on during the first long run of the race over the radio and said, I can’t believe how slick it is and just how slow it felt. You had to have a lot of discipline and our car was pretty good all day obviously. But it was still difficult to drive. It was a handful. Traffic was a real big problem. For me to make speed, I had to be right on the edge in three and four. Right on the fence and actually in the last 10 laps of the race, I think I scraped the right-rear six times and if you hit that just a little bit too hard, it will pull the right-front in the fence and then you can have a tire rub and the race could be gone. It was very difficult. It wasn’t easy at all by any means. Never is there at Darlington. It was a handful.”

Does this team feel like the early championship favorite?

“I don’t know. I don’t think we really look at things that way. That’s more of the media approach of picking favorites and naming people and all this and that. I don’t know that we get too wrapped up in all that stuff. We focus on what we’re doing, where we’re at and where we feel like we need to be better all the time. I think we feel good, we feel good about three wins. In three or four weeks, somebody else could have three or four wins as well. This sport changes quickly. A lot going on and just focused on trying to keep it going. Really focused right now on Dover and trying to go there and do the best job we can. Been talking about CoTA and setups for there and what we’re looking at. Just looking ahead to how we can keep running well, winning races hopefully and we’ll let the others talk about who the favorites are and what they think we can accomplish. We know what we’re capable of, we just need to make sure we keep that up.”

How do you and your crew prepare mentally with no practice and no qualifying at Dover?

“There’s a lot of preparation around just the track setup and the car with where it’s at this year with the rules and trying to again use past history, use things we’ve done there before and then you make tweaks based on different things like the weather conditions. If they change the tire, which I don’t think they did this time around and all those factors and just try to come up with the best package you can. I think for me as a driver, mentally I just go back and in my brain and in my memory bank and think about the things we’ve been good at there in the past and the things we maybe need to work on to be better and try to visualize and do those things. There’s not a whole lot you can do as a driver to prepare for these races. Lean on your experience and your past history of what you felt there before and try to give the crew chief some insight on exactly what you need and explain it as well as possible. Then show up and let it all go. Looking forward to it, should be fun and always enjoy going up there.”