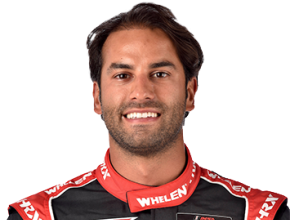 Houston, Texas (May 14, 2021)… The Houston, Texas-based Risi Competizione Team’s entry in the 24 Hours of Le Mans in early April was a surprise announcement for the LMP2 class. Fielding an Oreca 07- Gibson for British drivers Ryan Cullen and Oliver Jarvis with the long-standing Risi Competizione Le Mans No. 82 car number was very well received.

Today the Risi team announces its third driver of the trio, Brazilian driver Felipe Nasr, for the 89th running of the twice-around-the-clock enduro, scheduled for August 21-22 at the Circuit de La Sarthe in Le Mans, France.

Additionally, Team Owner Giuseppe Risi announced the same trio would compete in the World Endurance Championship (WEC) 6 Hours of Monza race at the Autodromo Nazionale di Monza on July 19 as a prelude to Le Mans.

Nasr, the 2015-2016 Sauber Formula 1 driver was also the 2018 IMSA WeatherTech Sportscar Championship Prototype champion, and 2019 12 Hours of Sebring winner. Although the 28-year-old diverse driver will be making his debut at the 24 Hours of Le Mans, he has racing experience in the European Le Mans Series in 2018 in the LMP2 class as well as a host of other racing series. He started his racing career in go karts in his native Brazil at the age of eight.

Felipe Nasr joins the Risi Competizione driver lineup for 2021
Cullen, a 30-year-old from Somerset, United Kingdom, has competed at the historic twice-around-the-clock endurance classic twice. In 2019 he raced with United AutoSports in a Ligier JS P217/Gibson and finished 19th. In 2020 he raced with G-Drive Racing with Algarve in a Aurus 01/Gibson where an electrical issue retired the car before the halfway point. Ryan currently competes in the European Le Mans Series with DragonSpeed.

Oliver Jarvis, age 37 from Burwell, United Kingdom will be competing for the 10th time at the 2021 Le Mans 24. He has four podiums, including three third place finishes (2012, 2013, and 2015), along with a second-place finish in 2017. Jarvis raced with Risi Competizione in 2019 in the Ferrari 488 GTE Evo and currently competes in the IMSA WeatherTech Championship for Mazda Team Joest.

(L-R) Risi Competizione 2021 Le Mans and Monza drivers, Oliver Jarvis and Ryan Cullen
“Racing at Le Mans never gets old to me,” said Giuseppe Risi, Team Owner. “We are pleased to add the Risi Competizione name to the LMP2 class history at Le Mans with this year’s effort with Ryan, Oliver and Felipe at the wheel. When the prospect to race the car at the 6 Hours of Monza WEC race became an option, we felt it was an excellent opportunity to have the drivers and crew all be able to work together and with the car before such a gruelling race as Le Mans.”

Risi Competizione has competed at Le Mans with 17 entries over the years from 1998-2020 and celebrated three victories and seven podiums. The team’s first win was in its inaugural race and class victory in 1998 in the Ferrari 333SP, and following up with back-to-back victories in the Ferrari 430 GT in 2008 and 2009. The team’s most recent podium came in 2018 in the Ferrari 488 GTE-Am.

No additional racing plans have been announced for the 2021 racing season by the Risi Competizione team.