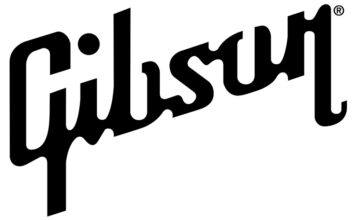 LEBANON, Tenn. (June 11, 2021) – Gibson, the world’s most famous guitar manufacturer and a staple of Nashville’s music scene for generations, is partnering with Nashville Superspeedway to create a one-of-a-kind Victory Lane prize for America’s best drivers.

Nashville Superspeedway’s Victory Lane celebration became one of the most talked about in NASCAR during the track’s early days from 2001-11, with the ultimate reward of a Sam Bass-designed Gibson guitar presented to winning drivers.

With NASCAR returning to Middle Tennessee on June 18-20, including the inaugural “Ally 400” NASCAR Cup Series race on Father’s Day, Sunday, June 20, that tradition will continue, with a special Gibson Guitar among the prizes and honors awaiting all of the Superspeedway’s race winners in Victory Lane.

“Without question it’s important to maintain the tradition of a Music City-made Gibson guitar for our race winners,” said Erik Moses, Nashville Superspeedway’s president. “While everyone misses Sam and we could never recreate what he offered to our track champions, we are thrilled to rekindle our partnership with  Gibson  and to award  their timeless guitars to  our race winners.”

“Cars and guitars go together, but when you add Music City and the Nashville Superspeedway, this creates an awesome experience for fans,” said James “JC” Curleigh, President and CEO of Gibson.  “We are excited about this partnership and can’t wait for the winner to raise the Gibson Guitar on the podium.”

“I have had the privilege to work directly with Sam on his guitar creations for NASCAR,” added Heather Freeland, Entertainment Relations North America (Nashville) for Gibson. “He was a true artist that captured the spirit of racing through his talent and was able to transform a guitar into a symbol of sportsmanship. Gibson is honored to continue this partnership while honoring Sam’s legacy.”

Bass, who passed away in 2019, had his hand in designing many cars and trophies throughout the sport for several decades and was a revered member of the NASCAR community. In consultation with Bass’ wife Denise, Nashville Superspeedway will create a variety of tributes honoring Bass’ contribution to the track and the sport.

Fans can order tickets by visiting NashvilleSuperSpeedway.com or calling 866-RACE-TIX.

Gibson, the leading iconic guitar brand, has shaped the sounds of generations of musicians and music lovers across genres for 127 years. Founded in 1894 and headquartered in Nashville, Gibson Brands has a legacy of world-class craftsmanship, legendary music partnerships, and progressive product evolution that is unrivaled among musical instrument companies. The Gibson Brands portfolio includes Gibson, the leading guitar brand, as well as many of the most beloved and recognizable music brands, including Epiphone, which has been on every stage since 1873, Kramer, the original MADE TO ROCK HARD guitar brand, MESA/Boogie, the home of tone, and KRK, behind great music for over 30 years. Gibson Brands is dedicated to quality, innovation, and sound excellence so that music lovers for generations to come will continue to experience music shaped by Gibson Brands. Learn more at Gibson.com and follow us on Twitter, Facebook, Gibson TV, and Instagram.

Official Release
Previous articleWhat are the most important components to an ATV?
Next articleSean Creech Motorsport Evolving IMSA Program