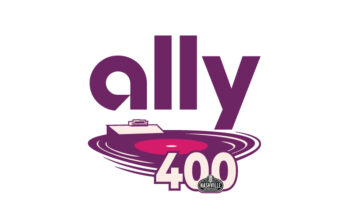 YOU PARTICIPATED IN THE GOODYEAR TIRE TEST A COUPLE OF MONTHS IN ADVANCE OF THE NASHVILLE RACE. CAN YOU GIVE US AN OVERVIEW OF WHAT THE TEAM IS LOOKING FORWARD TO THIS WEEKEND?
“We actually got to test there twice. The first time we went there, the tire wear was pretty high. Goodyear was trying to figure what compound makes sense for the race and not have tires completely worn out during a fuel run. So, we went back a second time for a little confirmation. It seemed like that right side was pretty good and seemed to be a gain. For us, we’re looking forward. There will be a little bit of practice, plus we got a little testing. But the Goodyear testing doesn’t do a ton of your own work but at least it gives you a little bit of data to try get what the best sequence will be, set-up wise, for us to unload with and make a couple of adjustments and be in a good spot there to qualify good and get a good race.”

KURT BUSCH HAS BEEN PRETTY OPEN ABOUT JUST NEEDING TO GET THE CAR TO DO WHAT IT NEEDS TO DO. CAN YOU EXPAND ON WHAT THE BIGGEST STRUGGLES ARE?
“Finishing the races would be the starting point. We’ve had a lot of things happen to us. But as far as overall balance, just trying to get the window we live it to get it to what he’s been looking for has been really tight. There have been a couple of weeks there has been some rear grip. Then at Texas we were tight on exit. There’s just such a fine line to crossover to keep the front turning and still be able to have that rear grip. It’s not that it’s consistently the same thing every week. I feel like Dover was probably the first race we had that was somewhat of a clean race. We didn’t get hit by anyone or anything crazy happen during the race. And then we had a couple of our own issues, self-inflicted, that caused our balance to get off at the end of the race there. And then the road course was okay at Sonoma. And last week we never could get it free enough to what he was looking for. I think it’s all perspective there, right? From Atlanta to, I guess basically before Dover, there’s been like four or five 30th-plus finishes. And most of those were either because we were in someone else’s mess or something broke. It’s hard to work on your car when you’re not running all the races as well. We’re still concentrating on those things we think that can get better, but it’s still an overall deal in of completing the laps is going to be the best way to get there.”

IS THE PRIMARY FOCUS JUST TRYING TO GE THE SHIP RIGHTED IN A SENSE, OR IS STILL A FOCUS AND BELIEF THAT YOU GUYS CAN MAKE THE PLAYOFFS?
“Well for sure, you think you can make the Playoffs. You wouldn’t go each week and that’s what you go to do, right? You go to try to win and put yourself in a spot, obviously. As fast as Hendrick Motorsports is right now, they pretty much take the top four spots. So, if you can get up there and get in those positions to give you a chance to win a race, that’s what you’re going to have to do. But there’s no different approach every week. You’re working just as hard. There are so many hours a day that you can put in and try to keep improving. It’s interesting when you bring it up. It’s interesting when you bring it up. Like if you actually review the races for what the performance is during the event, before something happens, you would think we’re running 40th. In reality, there have been plenty of races we could have run a top-5 or top-10. It’s interesting the perspective.”

YOU RACED AN XFINITY CAR AT NASHVILLE IN MAYBE 2006 AND KURT RACED THE TRUCK THERE IN 2001. DO ANY OF THOSE MEMORIES OR NOTES OR THOUGHTS APPLY A SMIDGE? OR, DO YOU JUST NOT EVEN THINK ABOUT THOSE?
“I would say not really. It helps obviously that Kurt has had some laps there. And then, going there for the tire test just got him acclimated a little bit quicker. But yeah, it’s just more or less the line you may run. As far as notes for set-up and stuff, all that stuff is way beyond what it used to be many years ago.”

DO YOU THINK YOU HAVE AN ADVANTAGE HAVING DONE THE TIRE TEST?
“It’s a double-edged sword, right? You go to the tire test, and you think that maybe you had something that was close, balance-wise, and sometimes it forces you not to steer too much out of the box. We feel like we got a good baseline but we’re also going to be open to know if our speed is not where it needs to be to work on it and not just think it’s going to come to us.”

YOU HAVE AN EXISTING RAPPORT WITH HENDRICK MOTORSPORTS ON THE ENGINE-SIDE. DOES THE SUCCESS THEY’VE HAD TRICKLE DOWN TO YOU AT ALL?
“Obviously the engine stuff is the biggest thing and transmissions and gears, we get all that stuff from them. From there, it’s more of working through GM if there’s any stuff that’s being shared there. But I mean yeah, obviously there speed right now is above and beyond. They have everything working their way. You look at it, relative to last year, the gains they’ve been able to make, and we’ve not been able to make those. So, we think we understand what we’ve got to work on, but we’ve not been able to show that as possible results yet. Hopefully in the next few weeks we’ll be able to do that.”

HOW IS THE TRACK USUALLY RACED AT NASHVILLE? IT THE LOW GROOVE USUALLY THE PREFERRED LINE? OR MAYBE THE UPPER GROOVE AS WELL? WHAT IS IT LIKE RACING THERE?
“Obviously the bottom has always been mostly preferred now. Putting the resin down will change it some and that’ll dictate….. Obviously how these cars are in traffic are different from what they’ve previously been because everybody is so good at attitudes right, and it just makes it a lot tougher in traffic. There’s a slim chance that they won’t be completely on the bottom the whole time. Hopefully that’s how it works out so there will be a little bit of passing for the races.”

HOW IS THE RESIN DIFFERENT FROM THE PJ1 TRACTION COMPOUND? A LOT OF PEOPLE CAN’T DIFFERENTIATE BETWEEN THE TWO.
“Yeah, it’s not like it’s heat activated. It’s more for trying to lay rubber on the track. The PJ1 actually has some adhesion to it, so it can add to the grip level. I guess in reality, it could add grip level, but it’s more related to trying to get the rubber to lay down. Nashville is real bad about basically creating powder, so the tire would wear and the powder just gets up out of the groove and it’s really bad if you get out of the groove. So hopefully we keep all that intact and just keep the grip level up.”

ARE THERE ANY TIRE WEAR CONCERNS BASED ON WHAT YOU’VE SEEN DURING THE TESTS?
“I think by the time we left the last test, everyone felt okay about what they had. There was still a slim chance, there were only three cars in the tire tests. I think there’s a possibility maybe you see the Trucks when they first go on the track, maybe you’ll see some; but I would say by the time the Cup cars are practicing and the Truck and Xfinity race, I think it’ll be somewhat okay. Now the wear, it appears there will be some, but I don’t think it’ll cause any issues I don’t believe.”

WHAT CAUSES TIRES TO CORD LIKE THEY DID DURING THE TIRE TEST?
“Some of it is just that the track surface itself and then I believe we were trying to guestimate when we were at that first tire test, it had been like six or seven years or maybe eight years since anything had really been on the track. So, a lot of that is just abrasion that is created over time from weather. And the tire we were trying to run wouldn’t lay rubber down, which just creates more and more wear and creates that powder that just runs up the track and never really gets better. That’s where we were at the first test. And then at the second test, like I said, it did clean up some. I think that everyone is hopefully that it should be in a pretty good spot for the race.”