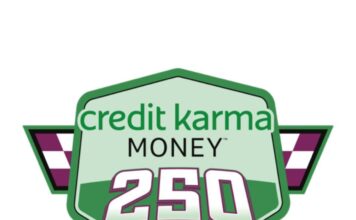 AUSTIN CINDRIC, No. 22 Car Shop Ford Mustang –NOT A BAD BOUNCE BACK FROM HOW YOU STARTED. “Between being the last one on old tires and everything we went through for today — not even close on our Car Shop Ford Mustang. Unfortunately, that was the position we were in last time we were here and came with a new setup and tried to make things work today and we found ourselves in about the same position or maybe worse. I know there’s a lot we’ll learn from today and definitely do a lot of self-reflecting to make sure I can create a better environment affect like this, but just really unfortunate. Like I said, I think we minimized damage there at the end. Probably the highlight of my day was the middle of five on the restart by my doing and gaining spots from it, so we’ll move on.”

THE ADJUSTMENTS YOU MADE ON YOUR FIRST STOP SEEMED TO WORK IN STAGE 2, GOING FROM P36 TO P11. HOW CRITICAL WAS THAT? “I think we were only going to go forward from where we started in the race, so I appreciate Brian and the guys sticking with me. I did the same for them and probably got a maximized result out of it.”

RYAN SIEG, No. 39 CMR Construction and Roofing/A-Game Ford Mustang — “It was just that mistake that cost our day. We had fresh tires compared to some, but just got mixed up on that choose rule. It sucks we had to go to the rear. We probably would have finished right there, somewhere in the top five I feel like with the car as good as we had it. That’s just the way it is. Sometimes it works out and sometimes it doesn’t.”