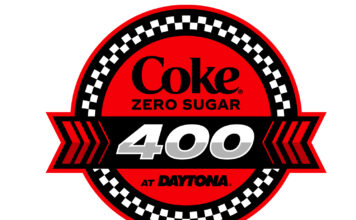 WITH A FEW CHANGES IN THE RULES PACKAGE FOR THE DAYTONA RACE, AND WITH NO PRACTICE, HOW LONG DO YOU THINK IT WILL TAKE AND WHAT ARE THE THINGS YOU WILL HAVE TO DO TO FIGURE OUT WHAT THAT CAR IS GOING TO DO NOW?
“That’s a great question. I think overall, obviously the speeds will be slower. The runs will probably be not as big, not as quick. So, on one hand, that’s nice. It’s a little safer and a little easier for us to race hard and maybe not make as many mistakes trying to block runs at the last minute. With that being said, I think it kind of goes back to some of the races that we’ve had where I feel like you are able to, once you get out front, you can kind of control the race a little bit better and you don’t have those big runs coming. So, we’ll just have to see it play out and use the first two Stages to figure it out. For us and our No. 47 team, the only Stage the matters is the last one. We got caught in a wreck before we ever made it to the end in the race last year. I was bummed that we were sitting there watching and not having a shot to make the Playoffs. We’re going to try and learn as much as we can, but do it safely, and have a shot there at the end. But everybody is going to be learning, too.”

LAST YEAR WAS THE FIRST TIME THIS RACE WAS THE REGULAR SEASON FINALE. THERE IS ALWAYS A LOT OF INTENSITY AT A SPEEDWAY RACE. IS THERE A SENSE THAT LAST YEAR’S RACE WAS MORE INTENSE BECAUSE OF WHAT WAS AT STAKE? DO YOU SEE THAT BEING THE SAME THIS TIME? OR DO YOU FEEL LIKE IT WILL BE A NORMAL SPEEDWAY RACE?
“I feel like it’s going to be normal and then sometimes I would say it could be less crazy knowing that a lot of us that want to win or need to win to make the Playoffs; Stage points do us no good. And obviously there’s a handful of people that are going to be trying to get Stage points. I would say the No. 11 (Denny Hamlin) the No. 5 (Kyle Larson), the No. 3 (Austin Dillon) and the No. 8 (Ty Dillon) are probably the cars that need Stage points; trying to win the regular season championship or between the No. 8 and the No. 3 trying to make it in on points. So, I feel like there are a lot of us that are going to stay pretty calm and try and make it to the end and obviously then, things get crazy at the end. But I can see the race being pretty calm up until ten (laps) to go.”

IS A WIN ALL THAT YOUR TEAM REALLY MISSING TO REALLY BREAK OUT AND TAKE THAT NEXT STEP? AND HOW LIKELY IS IT FOR YOU TO HAPPEN AT DAYTONA?
“I think our chances are really good. At Daytona, Brian Pattie (crew chief) and the boys have definitely been kind of massaging and working on our Funfetti Camaro, so I know the car is going to be good and I know it’s going to be capable of getting the job done. But we have had a good season. We’ve been consistent. It’s something that probably more consistent than I’ve ever been in my career. And yeah, we haven’t been knocking down top 10’s week in and week out, but we’ve been close. We’ve been all over it. We’ve had so many 11th and 12th and top 15’s, which we were looking for going into this season, but obviously we still had a handful of races that kind of killed us and took us out of the points battle for the Playoffs. But we feel like we’ve accomplished our goal of being a lot more consistent on all different race tracks. So, I’m happy about that. Definitely winning could push us over that next hump, that next level that we’re looking for. We’ll try and get that done Saturday night.”

YOU SEEM TO BATTLE WITH RYAN BLANEY AT SUPERSPEEDWAYS. IS HE SOMEONE YOU TALK TO AND WOULD HE SORT OF EASE UP ON YOU, KNOWING YOU NEED TO MAKE IT INTO THE PLAYOFFS?
“I don’t think any of us ease up on anyone, no matter what race track it’s at. All of us want to win. These races are hard to come by. I think definitely Blaney is going to be a tough competitor out there. We’ve finished second to him a couple of times and just narrowly missed a couple of them. I think it’ll be a fun battle. He and his spotter do a great job working the draft and keeping his track position. That’s what we’re going to have to try and do as well to go toe-to-toe with him. But I’m still confident in what we can do.”

Official Release
Previous articleFor Friday’s Wawa 250 Powered by Coca-Cola, Kaulig Racing Has the NASCAR Xfinity Series’ Latest Winner, the Defending Race Champion, and the Most Recent Superspeedway Victor
Next articleMichigan apparently a not-so-friendly reminder to NASCAR teams that the regular season is about to end