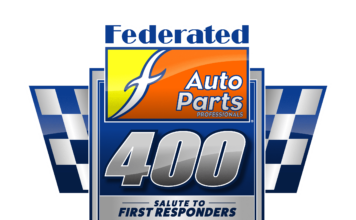 JOEY LOGANO, No. 22 Shell/Pennzoil Ford Mustang — “That’s about where we were — a fifth-place car. Maybe sometimes a little better, sometimes a little worse depending on the kind of run. I’d say we averaged out as the fifth car and that’s where we finished. We got some good points. I think we were third in the first stage and fifth in the second and a fifth finish, so that’s some good points. I don’t know where that’s gonna stack the Shell/Pennzoil Mustang up in the playoff standings, but it should put us in a decent spot going into Bristol next week. That’s what it’s all about right now. It’s about being solid and getting every point, so we’re getting them. We’re doing what we’ve got to do. We’re grinding them out, but had nothing for the Gibbs cars tonight.”

RYAN BLANEY, No. 12 Advance Auto Parts Ford Mustang — “From the spring race here I thought we could run right there and we ran 11th in the spring. I thought we figured some stuff out and we worked a little bit more on it, so we got some stage points and had a couple runs that were bad, a couple runs where we got better and better, and at the end we were able to pass a handful of cars to get home 10th. I’m proud of the team. Thanks to Advance Auto Parts and Ford and Menards for sticking in. I had fun tonight. I actually had a lot of fun tonight. That was fun. September 2021 I had fun at Richmond. It’s cool to be in a nice spot going into Bristol. I’m just proud of the whole group all night.”

DO YOU GO TO BRISTOL COMFORTABLE? “I think just have a normal race, just go out and run a normal race like we did tonight and work on our car all night. That’s how we have to approach it and I think we can do that.”

HOW WOULD YOU BREAK DOWN YOUR RACE? “I thought it was a good night for us. I thought we made big gains here and we finished 10th. That’s pretty good. I’m proud of the whole group. Leaving Richmond with more points above the cut line than where we entered is always nice. We were in a lot worse spot leaving here last year, so it’s nice to have a good run.”

ARIC ALMIROLA, No. 10 Smithfield/Tuesday’s Children Ford Mustang — “We didn’t have a race-winning car, but I thought we could have run fifth to eighth, so I’m a little frustrated but it’s a team sport and we’ll go to Bristol and keep fighting.”

DO YOU FEEL ENCOURAGED AT THE 750 TRACKS? “Yeah, I think we’re competitive. We’re in the hunt. Like I said, today we should have ran fifth to eighth. We had a loose lugnut and I had to pit again under green, and then got us behind. I don’t know where we finished. I think we finished 14th instead of sixth or seventh, which is about where we were running, so frustrating that we gave up those points. This situation we can’t really give up any points. It would have been a lot nicer to go to Bristol plus 12 instead of plus three or four, but it is what it is. It’s no big deal. We’ve got to put our head down and go race. It’s the same situation. We’ve just got to go racing and score as many points as we can. You just hate to five up six, seven, eight points.”

WHAT DID YOU THINK OF YOUR RACE? “Disappointing day. Didn’t have any speed. Just ran a whole race and didn’t really make any mistakes, but that’s all we had. I was hoping this was going to be a big day for us, but we never really showed any strength.”

YOU’RE PLUS-13 OVER THE CUT LINE FOR BRISTOL. “That’s not great, but it’s better than being behind. It could be worse but obviously could be better.”

MICHAEL MCDOWELL, No. 34 Love’s Travel Stops Ford Mustang — “Just another missed opportunity. We’re just making too many mistakes. We sped on pit road. The first time I thought, ‘Maybe it was close.’ And then I sped on my sped and it was not close, so obviously we missed the configuration on the lights, and then I backed it down again and still sped again. It’s unfortunate. Everybody did a really good job. We actually had good speed. We had a fast Love’s Travel Stops Ford Mustang and we just lost all those laps with penalties and unfortunately I didn’t adjust enough or quick enough. I thought I knocked enough speed off, but obviously it wasn’t enough. It’s really unfortunate.”