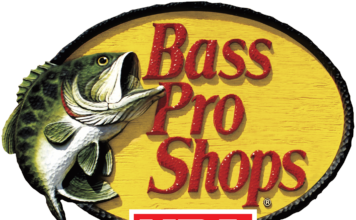 HOW MUCH ARE YOU PAYING ATTENTION TO WHAT OTHER DRIVERS DO AND HOW MUCH WILL THEIR STRATEGY DICTATE YOURS?
“I think, in the situation we’re in, there are so many moving parts and pieces, and guys really close to us, that if you try to keep track of all that, you’re just going to dial yourself out and be worried about things you don’t need to be worried about. We just have to go execute and have the best day we can. There are a lot of guys that are really good at Bristol. I know we’re going to have to have a really good night and score a lot of points and not beat ourselves, which has been a struggle for us at Bristol, particularly. But I’m looking forward to it. I’m looking forward to the challenge. It’s a really fun race track. We’re always really fast there. We don’t have the results to show that in the last year or so, but we’ve always had speed. Last year we were really good in the Stages and had a tire come apart. So, we’ve just got to go execute and be the best we can be.”

YOU GOT YOUR RACING BEGINNINGS ON THE WEST COAST IN ARIZONA AND CALIFORNIA. WHAT DOES IT MEAN TO YOU TO SEE THAT THE CLASH IS MOVING TO THE L.A. COLISEUM THIS YEAR? WHAT DO YOU AND THE OTHER DRIVERS THINK OF THAT AND OTHER CHANGES TO THE 2022 SCHEDULE?
“I can’t really speak much for the other drivers. From my side of things, I think it’s really cool. I ran that first E-Series race at Bowman Gray Stadium ten years ago, or whatever it was, and I remember going into that like oh, this isn’t even going to be a race, and so on, and it was just another race track. The atmosphere was amazing. The racing was great. The cars were fine on such a small race track. There are plenty of short tracks around the country that are quarter miles that people race on every Saturday night. So, I’m looking forward to that. I think it’s going to be really cool. The atmosphere I’m sure, is going to be amazing. That’s really what makes an event like that is the atmosphere. Hopefully, we absolutely slam that place full of people and put on a great event.”

WITH THE SUCCESS YOU’VE HAD THIS YEAR ON SHORT TRACKS, HOW MUCH CONFIDENCE DOES THAT GIVE YOU HEADING TO BRISTOL AND KNOWING WHAT’S ON THE LINE?
“I definitely always have confidence going to Bristol. I really have confidence going anywhere, especially this year with Hendrick Motorsports. We’ve been fast everywhere. I’m confident but, definitely not comfortable, by any means in the point situation we’re in. So, we’ve just got to go have a good day. We have all the parts and pieces and tools we need to make that happen. We’ve just got to go do it.”

ON THE 2022 SCHEDULE OVERALL
“I’m excited, like I said, about going to L.A. I think that’s going to be really neat. I’ve got some friends over at Gateway. It’s really cool to see all their hard work rewarded with a Cup Series event. They’ve worked really hard on that place. It’s really cool to see them have that success. Hopefully that’s another great event for us, and it’s going to be a lot of fun.”

WITH EVERYTHING THAT HENDRICK MOTORSPORTS HAS ACCOMPLISHED DURING THE REGULAR SEASON, HOW MUCH OF A SENSE OF URGENCY IS THERE WITH THE NO. 48 TEAM AS A WHOLE?
“I don’t think there’s a sense of urgency. I don’t think we expected to be in this situation. I’m pretty frustrated with myself after Darlington to put ourselves in this spot. We know we need to go execute and go have a good day. We know it’s not going to be easy by any means. But we also know that if something goes wrong and we don’t make it to the next round, there are still more opportunities for us to win races this year. There are plenty of opportunities for us to still end up with a good points spot. We’ve just got to go execute each and every week. Consistency has been our hard spot over the last couple of years with this race team. We’ve got to get that figured out. But it’s been a great year and we’re going to do all we can to get all four Hendrick cars as far as we can in the Playoffs.”

AND ON THE NOTE OF CONSISTENCY, THESE LAST FIVE OR SIX RACES HAVE NOT BEEN VERY STRONG FOR YOU. BUT HOW DO YOU JUST FOCUS ON THE RACE AHEAD?
“Yeah, it’s definitely difficult. But at the same time, I think a lot of it was things not of our doing. At the Indy Road Course, we had a flat tire on the last re-start. At Michigan, we got some damage. We just had some days that got away from us with things outside of our control. So, just need to go execute. Darlington, I’m really frustrated with myself still. That was a day that if we would have just gone and executed, we wouldn’t be remotely in this situation this week. So, when you start the Playoffs with a 26th place finish, it’s not very good and we just have to go make up for it this weekend.”

IF THE POST-SEASON DREAM DOES END THIS WEEKEND, WHAT’S THE BIGGEST POSITIVE TAKEAWAY YOU’LL HAVE IN YOUR FIRST SEASON REPRESENTING THE NO. 48 BRANDING? AND WHAT HAVE YOU LEARNED ABOUT YOURSELF AS BOTH A DRIVER AND A PERSON?
“It’s been a lot of fun working with Ally. I think that’s the biggest thing is just how great it is to work with everybody on their team. It’s been amazing to have a partner that has your back the way that Ally does. Obviously, winning three races this year and getting them their first point wins, their first trip to the Playoffs, it’s been really great. I feel like we have as good of a shot as anybody at transferring this week. And if we don’t, we can still finish fifth in points. We’ve just got to go have really good end to the year. We did that last year and ended up sixth in points, so high expectations for the rest of the year, but it’s going to be a lot of fun.”

WHAT DO YOU SAY TO PEOPLE WHO CLAIM THIS PACKAGE PUTS LESS EMPHASIS ON A DRIVER’S SKILL AND MORE ON RANDOM LUCK?
“Well, the good news with that is we’re on the low downforce package this week at Bristol. So, lowdown force, high horsepower, I think passing is definitely tough just on the shape of the race track. But that’s just part of it. As far as the high downforce stuff goes, it’s just another race car. It’s another package. Everybody’s got the same thing. You’ve still got to drive it. So, I don’t think anybody can say it’s random luck by any means.”
Team Chevy high-resolution racing photos are available for editorial use.