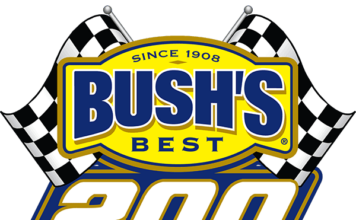 Quote: “Man, we had such a good race car there for most of the race, but just ended up in the wrong place at the wrong time on some late restarts. Getting stuck on the top and being shuffled back cost us a ton, but I have to thank everyone at GMS for bringing such a fast Chevrolet again. The result doesn’t show it but to qualify third and run at the front most all race is good. Thankful to have American Flat Track Charlotte Half-Mile, and Heise LED on our race car and represent them at one of the coolest tracks in racing. I can’t wait for Phoenix!”

Quote: “Wow, what a roller coaster of a race tonight. I’m proud of my No. 22 GMS Racing team and the fight that they put up as we overcame adversity towards the last half of the race. Racing at Bristol was a challenge no doubt, but I felt more confident as the night went on. I’m looking forward to returning to the Camping World Truck Series for the last four races of the season, hoping to continue to learn ahead of next year.”