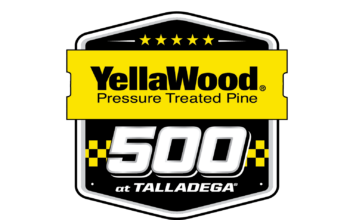 KYLE BUSCH
What a Difference a Year Makes

HUNTERSVILLE, North Carolina (Sept. 28, 2021) – When looking at the NASCAR Cup Series playoff standings, Kyle Busch sits in a much different position than he did one year ago.

Busch, driver of the No. 18 M&M’S Toyota for Joe Gibbs Racing (JGR), earned 22 playoff points during the regular season, and while the first round of the playoffs was not what he had hoped for, the Las Vegas native started the Round of 12 much closer to how he’s run all season. In fact, not only did Busch bring those previous playoff points into the 2021 Cup Series playoffs, but with 18 stage points and a strong third-place run at his hometown Las Vegas Motor Speedway last weekend, Busch finds himself with a 35-point cushion over the eighth-place cutoff position.

Contrast this to Busch’s position one year ago, when he sat eight points below the cutline. However, the most unpredictable track in the playoffs is looming this weekend as the NASCAR Cup Series heads to Talladega (Ala.) Superspeedway for Sunday’s YellaWood 500. Busch and his fellow competitors know the racing outcome at the mammoth, 2.66-mile high-banked oval is more of an unknown than any of the others on the schedule. Busch has found fortune there, both good and bad. With lessons learned from his now 17-season career, the two-time Cup Series champion knows anything can happen at Talladega.

With Busch’s strong third-place finish at Las Vegas last weekend, he and his M&M’S team know that every point matters in the NASCAR playoff format. He maximized his stage points at Las Vegas and has a much more optimistic outlook heading into Talladega than one year ago. Still, nothing is a given at a place like Talladega. So far, only JGR teammate Denny Hamlin, by virtue of his win at Las Vegas, is guaranteed a spot in the playoffs’ Round of 8. At Talladega, one lap, or even one corner, could change a driver’s fortunes one way or another, and quite quickly.

Busch has conquered Talladega just once in his career, his lone win coming in April 2008. In his 32 starts at the track, he has 13 other top-15 finishes, and six outings that ended in an accident. So, the Las Vegas native knows the winner of Sunday’s 500-mile race will need to have a strong car and some good fortune at NASCAR’s longest track. If Busch could bring home a solid finish, it could bolster his chances of making it to the next round of the playoffs following next weekend’s race at the Charlotte Motor Speedway Roval.

So, as Talladega looms, Busch hopes to stay out of the chaos with his M&M’S Camry, then head to Charlotte the following week with a shot at advancing in the tightly contested Cup Series playoffs.

How will you and the team approach this weekend at Talladega?

“I’m just going to do what I’m told to do. I’ve been in front and been a part of a wreck, and I’ve been riding in the back and been taken out, too. There’s really no place that’s safe. With this race being the second race of the round, you have to try and run up front and hope that you don’t have some bad luck and just bring home a solid finish. We’ll do the best we can this weekend with our M&M’S Camry and see where the points fall for us afterward, then focus on what we need to do at the Roval.”

Do you try and duplicate what worked at Talladega before?

“There are obviously times when you feel like you want to push hard and go get a win, or go get a better finish than where you’re currently running. But, you know you’ve just got to do what you can in order to let these races kind of fall into place, and sometimes it’s just worth taking the finish that’s coming to you and moving on and going to the next one. It doesn’t always help to push too hard, either, at times. There’s a balance there, for sure. It can also help to just sit back, relax and finish where you can, so we’ll see how it plays out for us. For example, we had a strong car and ran up front there last year in the first race but just didn’t have enough Toyotas running up front at the end to get any help. That’s what it comes down to a lot at Talladega, getting the help from your teammates, since it’s hard to do that on your own.”

What does it do for you mentally to be above the cutline going to Talladega?

“I don’t know. I’ve said it and I’ll say it all the time – if you can go to Talladega and you can come out of there with a 12th-place finish with no stage points, that’s a successful day. I’ll take that right now if you told me I can take that finish and move on.”

What did you learn about the current superspeedway racing package at Daytona and Talladega so far?

“Everything is just a bit slower. The runs are slower, so it takes more momentum to get built up and takes more energy behind you in order to make a move for the win. But it keeps everyone packed up a bit tighter, and also strength is in numbers. I think that’s kind of still the same as the past. You can have 10 guys on the inside and 15 guys on the outside and it’s all going to venture up to the outside because the outside is faster with a bit more cars. It’s superspeedway racing, every time we are in it we are not far enough from the front that we are always crashing. Heck, you can be leading and get wrecked. That’s happened twice this year from guys behind you.”

● Round of 12: Busch was able to survive and advance to the Round of 12 of the 2021 Cup Series playoffs, and started strong in the first race of the round last weekend at Las Vegas, finishing in third. Busch has racked up 22 important playoff points he can take with him through each round. He sits third on the playoff grid with a 35 point cushion over the eighth-place cutoff with his 12 top-five finishes and 18 top-10s.
● All in the Stats: Busch has one win, six top-five finishes and eight top-10s and has led a total of 256 laps in 32 career Cup Series starts at Talladega. Busch’s average Talladega finish is 20.8.
● Alone in Ninth: With Busch’s win at Pocono (Pa.) Raceway in June, the two-time Cup Series champion scored his 59th career win in NASCAR’s top series as he moved past Kevin Harvick into sole possession of ninth on the all-time win list. Next up on the win list is Dale Earnhardt, the seven-time Cup Series champion and NASCAR Hall of Famer who won 76 races during his storied career.
● 222 and Counting: Busch will be aiming to add to his record 222 overall wins among NASCAR’s top three series this weekend at Talladega. In addition to his 59 Cup Series wins and 102 in the Xfinity Series, Busch has 61 wins in the Camping World Truck Series.