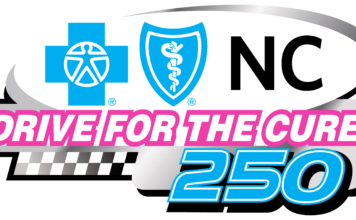 AUSTIN CINDRIC, No. 22 Menards/Richmond Ford Mustang — WHERE WERE THE KAULIG CARS BETTER TODAY? “From turn one to turn 17 apparently. They’re fast. They’ve been fast all year. I feel like this has honestly been one of my weakest road courses for probably exactly what you saw — the rear tires fall off way too much. I felt like I was driving a skid pad car after about 10 laps. I feel a little bit lucky and a bit fortunate, honestly. I didn’t get moved or put in the wall, so either way we had a fast car. I think we set a fast lap time and got a good finish, so that sets us up well for Texas. I just wish we could have taken advantage of getting a playoff point.”

HOW DO YOU FEEL ABOUT THE NEXT ROUND OF TRACKS? “In this format you have to get to Phoenix and then have your best day. That’s where my mind is. Honestly, out of anyone in the playoffs I would like AJ to win because he and I have the most playoff points over anybody and if he gets five more, it’s way better than the guy right below the cut getting five more. That’s my mentality. Those guys have been on it all season, not just recently, so I think today we maximized.”

WHAT HAPPENED ON THE LAST RESTART? “I spun my tires like crazy. I was worried about that, but I didn’t think it was gonna be that bad. Like I said, I feel like I could have tried a second gear restart. I think that would have helped me out at least maintaining some track position, but from there it was just not meant to be today.”

RILEY HERBST, No. 98 Monster Energy Ford Mustang — WHAT PUT YOU OUT? “I think a truck arm broke or something broke when we were running seventh or eighth in the final stage. We didn’t have the pace to win, but it just stinks because maybe if Las Vegas didn’t happen we would have been OK with a seventh-place finish. It is what it is. We can still race for a win this year.”

YOU HAVE FOUR RACES LEFT AND MAKING THE PLAYOFFS IN YOUR FIRST YEAR WITH THIS TEAM IS SOMETHING TO BE PROUD ABOUT. “My only goal this year was to win a race. I really didn’t care about playoffs, so we still have races left to achieve my goal and we’ll try to do that.”

Official Release
Previous articleCORVETTE RACING AT VIR: Third Straight for Milner, Tandy, No. 4 C8.R
Next articleAllmendinger three-peats at the Charlotte Roval, Playoff’s Round of 8 set