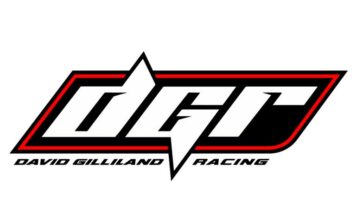 Garcia has spent the last three seasons racing Pro and Super Late Models across the southeast region. In 2019, he earned two wins and captured the Allen Turner Pro Late Model track championship at Five Flags (Fla.) Speedway. In his first ever attempt at the Snowball Derby that year, he finished second to become the youngest driver to earn a podium in the historic event. He progressed to Super Late Models in 2020 and finished second overall in SSS point standings to garner Rookie of the Year honors in addition to a trio of Pro Late Model victories at Montgomery (Ala.) Motor Speedway.

The Georgian has put together a career year so far in 2021. Through 32 races, he has amassed six wins, 17 top-fives and 24 top-10s between both classes of late models. In addition to clinching the SSS championship, Garcia collected the Deep South Cranes Blizzard Series championship as the Super Late Model Track Champion at Five Flags.

“It’s an honor to be a part of David Gilliland Racing,” Garcia said. “I’m very excited to make my first ARCA start at Phoenix. It is a great opportunity and I’m confident we will have success.”

“Jake has put together an impressive resume so far in his career,” said David Gilliland, co-owner of DGR. “He is a great kid who has had success in everything he has driven. I’m excited that his first career ARCA race will be for us and I can’t wait to see how he does.”

The ARCA Menards Series West race at Phoenix Raceway will be streamed live on TrackPass on NBC Sports Gold at 3:00 p.m. ET on November 6. A tape-delayed broadcast will air on NBCSN on Thursday, November 11 at 5:00 p.m. ET.﻿