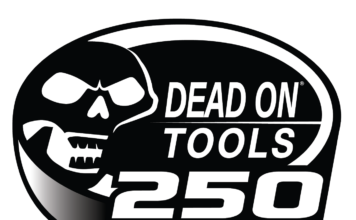 Sam Mayer
No. 8 John 5 Sinner Chevrolet
• Sam Mayer will make his third start on a track measuring less than one mile in length. Mayer’s best finish of ninth on such tracks came at Bristol Motor Speedway in September after leading 49 laps.
• Mayer has the colors of John 5’s new album, Sinner, displayed on the No. 8. The Sinner album is set to be released on Friday, Oct. 29, 2021.
• The 18-year-old Franklin, Wis. native is coming off a weekend where he scored his career best NXS finish of eighth. Mayer now has two top-10 finishes in his last three races.

Noah Gragson
No. 9 Bass Pro Shops / TrueTimber / Black Rifle Coffee Chevrolet
• Noah Gragson needs a stellar run this weekend at Martinsville to earn a spot in the Championship 4 as he currently sits 24 points below the cut line.
• Martinsville has been good to Gragson in the NXS. The young driver has finished third and second in his two starts there, and he’s led 35 laps between the two starts. In 2017, the young driver won the Camping World Truck Series event there, leading 10 laps on the way to his first career victory.
• To date in 2021, Gragson has accumulated two wins, 12 top fives and 19 top 10s while pacing the field for 207 laps.

Justin Allgaier
No. 7 Hellmann’s Fridge Hunters Chevrolet
• Justin Allgaier enters the final race in the Round of 8 as the third seed, nine points above the playoff cut line. Following this weekend’s event, the top four drivers in the standings will advance to the Championship 4 to compete for the NXS crown next week at Phoenix.
• In two previous NXS starts at Martinsville, Allgaier has earned one top-five and two top-10 finishes, with a best finish of second coming in this event last fall.
• Allgaier’s No. 7 Chevrolet will be sporting the colors of Hellmann’s Fridge Hunters campaign this weekend in Martinsville. For more information about the campaign and for how you can become a Fridge Hunter, click here.

“We know what we have to do to advance into the Championship 4 on the owner’s side, and that’s run up front. Our Pilot Flying J/Call of Duty Endowment Chevrolet has been in the top 10 the last two times we’ve been at Martinsville, and we need to ramp that up to the top five to have a chance at advancing. I’m proud to feature Call of Duty Endowment for these final two races, supporting its effort to find high-quality jobs for those who have served our country so well.” – Michael Annett

“We know what we need to do this weekend in Martinsville with our Hellmann’s Fridge Hunters Chevrolet. It’s going to be a crazy race for sure with everyone fighting to try to advance to Phoenix, but if we can just be smooth, earn stage points at the end of both stages and keep our car clean, we can be there at the end to accomplish what we set out to do. We had a great car in this race last year to get us to Phoenix, and I know that Jason (Burdett, crew chief) and all of the guys on this JR Motorsports team will give me another one this weekend. Now we just need to execute the same way we have all season long.” – Justin Allgaier

“I’ve raced at Martinsville a couple times and it’s definitely a challenging track with it only having one dominant lane. I know this team will unload with a fast John 5 Sinner Chevrolet. The last time they were here this car was in Victory Lane so hopefully we can follow that up with another.” – Sam Mayer

“We need to go out and win this weekend in Martinsville to move us on to Phoenix to battle for a championship. That’s what we plan on doing. Dave (Elenz, crew chief) and this entire No. 9 Bass Pro Shops/TrueTimber/Black Rifle Coffee team is doing whatever it takes throughout the week and I know we will have a great car when we unload this weekend.” – Noah Gragson

• JRM at Martinsville: JRM has competed at “The Paperclip” a combined nine times in the NXS. Over the course of those nine starts at the half-mile facility, the organization has tallied one win, five top fives and eight top 10s, while holding the organization’s best average finish of 6.1. Josh Berry has the lone win at Martinsville, earning the victory in April of 2021.
• John 5 Sinner: Legendary guitarist and solo artist, John 5, has announced his highly anticipated new solo album, Sinner. Arriving just in time for the spookiest of holiday celebrations, the album will be released on Friday, October 29 via Big Machine Records. Pre orders are available here.
• Call of Duty Endowment: The No. 1 team of Michael Annett will feature a special paint scheme in conjunction with primary sponsor Pilot Flying J and the Call of Duty Endowment, which helps veterans obtain high-quality jobs. Annett’s Pilot Flying J Chevrolet will honor those who have served and sacrificed so much for our freedoms at Martinsville Speedway and in the Nov. 6 season finale at Phoenix Raceway. Since 2019, Pilot Company has contributed more than $500,000 to the Call of Duty Endowment, which has e