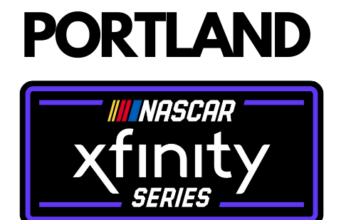 NASCAR racing returns to the Pacific Northwest on June 3-4, 2022

2-Day Grandstand seats, 2-Day General Admission and 2-Day parking passes will be available for purchase starting tomorrow. General admission is free to the event for children 12 and under when accompanied by a ticketed adult. Single day tickets for Friday or Saturday entry only will be released in 2022.

“For the first time since 2000, a NASCAR national racing series will visit PIR and the Pacific Northwest next year. The excitement increases further tomorrow with the launch of public ticket sales,” said Jerry Jensen, general manager of Green Savoree Portland, LLC, which owns and operates the event at PIR. “Now is the time for fans to secure the best seats for this great new event featuring the rising stars of NASCAR coming to the Rose City. We again want to thank the City of Portland, PIR, Travel Portland and Sport Oregon for helping us make it happen.”

Grandstand seats are available at three price points. 2-Day Gold located in Grandstand K is $95 per seat and also includes an infield parking pass. 2-Day Silver for Grandstands C2, C3 and C4 is $80, and 2-Day Bronze for seats in Grandstands G, H and J is $70. The grandstand pricing includes gate admission. 2-Day General Admission is $55.

A 2-Day Parking Pass for a single vehicle space in the Beaches or Broadacre lots is $40. The RV Club is also available for $700 to $900 depending on the spot location which includes eight weekend general admission tickets included in the package price.

All ticket pricing and options are posted online at portlandgp.com. Stay up to speed on NASCAR’s visit to Portland on social media all year long by following #PortlandNASCAR or by signing up for the E-Club on the website.

About Green Savoree Racing Promotions:
Green Savoree Racing Promotions (GSRP) is an Indianapolis-based motorsports event ownership and management company whose subsidiaries own, operate and promote race properties in Lexington, Ohio, home of Mid-Ohio Sports Car Course and The Mid-Ohio School, Portland, Ore., St. Petersburg, Fla., and Toronto, Ontario. These events provide a festival experience and showcase some of the most exciting racing series in the world including the NTT INDYCAR SERIES, the Road to Indy Presented by Cooper Tires open-wheel development series, NASCAR Xfinity Series, NASCAR Camping World Truck Series, IMSA WeatherTech SportsCar Championship, ARCA Menards Series and more. In working together since 1993, co-owners Kim Green and Kevin Savoree have won four INDYCAR championships, three Indianapolis 500 races and the 12 Hours of Sebring as team principals, and established the first INDYCAR street race in 2004. More information about the company, its subsidiaries, and these events is available on the event websites at gpstpete.com, hondaindy.com, midohio.com and portlandgp.com.