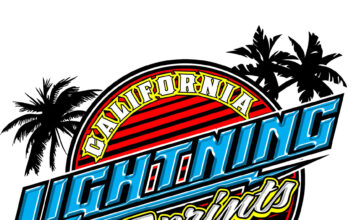 The year will kick off on March 25th when the CLS joins the World of Outlaws at one of the series mainstays, the Bakersfield Speedway. The showing will be the first of six in 2022 at the track known to locals as the “Okie Bowl.” The May 14th race on “The West’s Fastest 1/3 Mile High Banked Clay Oval” will see the CLS team up with the popular USAC/CRA Sprint Cars on the same card. The Kern County speed plant will be host to the final two rounds of the annual CLS vs BCRA “Civil War Series” on September 24th and November 15th. The November race will be run in conjunction with the USAC National Midgets. The Southern California based series will also appear on longtime promoter Scott Schweitzer’s track on April 16th and June 11th.

Another longtime venue for the CLS, the Ventura Raceway, will host seven series races in 2022. That will be more than any other track. The first will be on March 26th and the last on October 29th. Sandwiched in the middle of the campaign will be three straight trips to the 1/5 mile oval on June 25th, July 9th, and July 23rd. Other dates on the near half century old track will be April 30th and May 21st. Fans who have never been to the track known as “The Best Little Dirt Track In America,” need to put it on their bucket list. The pit area is adjacent to the beach, just feet away from the breaking waves of the Pacific Ocean. Located on the Ventura County Fairgrounds, the track is within walking distance of numerous restaurants and hotels.

The Placerville Speedway will see the CLS journey north for four races in 2021. The first will be round #3 of the “Civil War Series” on August 27th. The series will return to the red clay ¼ mile oval located on the El Dorado County Fairgrounds to close the 2022 campaign with three nights of action at the “Hangtown 100” on November 17th, 18th, and 19th. All three races will also see the USAC National Midgets in action. Those final three races will be non-point races for the CLS.

One night before the first race at Placerville on August 26th, the CLS will make its lone scheduled 2022 appearance at the Silver Dollar Speedway in Chico. That night will be round #2 of the “Civil War Series.”

The “Civil War Series,” which annually matches the CLS against the BCRA (Bay Cities Racing Association) will begin on April 2nd at the Merced Speedway in the annual Wayne Albright Memorial.

In addition to the 19 mentioned races, three dates, September 9th & 10th, and October 8th, are at tracks to be announced.

The May 14th and November 15th races at Bakersfield and the three nights in November at Placerville will all be available for fans around the globe to watch live on Flo Racing.

May 14 Bakersfield Speedway Winged – With USAC/CRA

The CLS would like to thank 2021 series sponsors Hoosier Tires, T Shirts by Timeless, TJ Forged Racing Wheels, and Walker Performance Filtration. If you or your company would like to become part of the series in 2022, please contact Jon Robertson at the following address mailto:jon.robertson@sbcglobal.net.