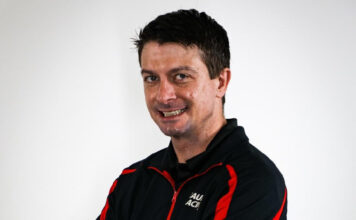 Swiderski began his title as crew chief for Kaulig Racing for the team’s part-time schedule in the 2021 NCS season. In just his seventh start as crew chief, Swiderski won the Verizon 200 at The Brickyard at the Indianapolis Motor Speedway road course with AJ Allmendinger. The 2022 season will mark Swiderski’s first, full-time season as crew chief in the NCS.

Trent Owens, Crew Chief of the No. 31 Camaro ZL1 driven by Justin Haley

With a resumé that spans across all three of NASCAR’s top series, Owens most recently held the title of crew chief for Ryan Preece at JTG Daugherty Racing. During his tenure as a crew chief in the NCS, Owens has made 287 starts, earning one win, eight top-fives and 31 top-10 finishes.

Jason Trinchere, Crew Chief of the No. 10 Chevrolet driven by Landon Cassill

Trinchere began his role as crew chief for AJ Allmendinger and the No. 16 Chevrolet during the 2021 NXS season. Together, the pair earned five wins, including the regular season championship. This year, Trinchere will pair up with veteran driver, Landon Cassill, for the 2022 season.

Alex Yontz, Crew Chief of the No. 11 Chevrolet driven by Daniel Hemric

Also returning for his third season as crew chief, Alex Yontz will call the shots for reigning NXS champion, Daniel Hemric. Since beginning the role of crew chief for the No. 11 Chevrolet, Yontz recorded four wins with Justin Haley.

Bruce Schlicker, Crew Chief of the No. 16 Chevrolet driven by AJ Allmendinger

Beginning his third season at Kaulig Racing, Bruce Schlicker will take over as AJ Allmendinger’s crew chief on the No. 16 Chevrolet in the NASCAR Xfinity Series (NXS). During his first two seasons at Kaulig Racing, Schlicker held the title of crew chief for the No. 10 Chevrolet with drivers Ross Chastain and Jeb Burton. He accrued one win during the 2021 season with Burton.