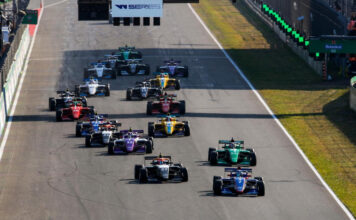 London, January 13, 2022 – W Series, the international single-seater motor racing championship for female drivers, today announces that it will stage a test for prospective drivers at the Inde Motorsports Ranch, Arizona, USA, between January 31 and February 4, 2022.

As part of their ongoing development, drivers from around the world will be given the opportunity to showcase their talent when they are assessed in U.S. specification F4 cars by W Series’ Racing Director Dave Ryan and his team. The five-day test marks the start of W Series’ 2022 on-track program, further details of which – including race calendar, pre-season test and driver line-up – will be announced in the near future.

Many of the drivers attending have raced in the Americas previously. W Series staged its first-ever round outside of Europe last October when a capacity crowd at the Circuit of the Americas, Austin, Texas, watched the exciting season finale go down to the wire.

Inde Motorsports Ranch – a 2.75 miles (4.4km) circuit with 21 turns and numerous configurations which sits 200 miles south-east of Phoenix, Arizona – was transformed just over a decade ago and has since become one of the USA’s premier motorsport venues.

The 14 drivers attending the test are as follows:

“The purpose of this test is to get to know a new group of drivers and understand what they are capable of as we finalize our 2022 driver line-up and look to the future. All of the drivers who will be with us in Arizona have demonstrated talent and potential in their careers so far and, while some may be a year or two away from racing in W Series, this is an opportunity for them to showcase their skills and for us to accelerate their development. The final round of our 2021 season at the Circuit of the Americas was very successful and proved what a great appetite there is for W Series in the USA. I am therefore delighted to be staging this test at the Inde Motorsports Ranch with a great group of drivers, many of whom have experience of racing in the Americas.”