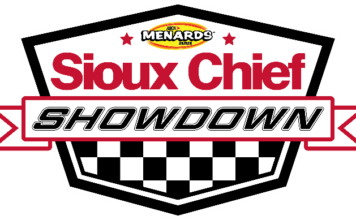 Toledo, OH (Jan. 25, 2022) – The ten dates for the 2022 ARCA Menards Series Sioux Chief Showdown have been announced, starting with the March 11 race at Phoenix Raceway and culminating with the finale at Bristol Motor Speedway
on September 15.

The Sioux Chief Showdown is a series within the overall ARCA Menards Series that allows drivers as young as 15 years of age to compete for a championship. The ten races are held on paved ovals one mile in length or under, road courses, and in 2022, a dirt track.

· Two one-mile paved ovals are on the schedule, with the March stop at Phoenix joined by the August race at The Milwaukee Mile.

· Two road course races are included, with events in July at Mid-Ohio Sports Car Course and in August at Watkins Glen International.

· The DuQuoin State Fairgrounds returns to the Showdown schedule for the first time in three years.

The Automobile Racing Club of America (ARCA), founded in 1953 by John and Mildred Marcum in Toledo, Ohio, and acquired by NASCAR in April 2018, is the leading grassroots stock car sanctioning body in the United States. Bridging the gap between NASCAR’s top three national touring series and weekly racing all across the country, the organization is scheduled to administer more than 100 events in multiple racing series in 2022, including the ARCA Menards Series, ARCA Menards Series East, ARCA Menards Series West, the ARCA/CRA Super Series, and the ARCA Midwest Tour, plus weekly racing at Toledo and Flat Rock Speedways. For more information about ARCA visit www.arcaracing.com, or follow ARCA on Facebook (@ARCARacing) and Twitter (@ARCA_Racing).

Sioux Chief Manufacturing is a family-owned American corporation based in Peculiar, Missouri that designs and manufactures rough plumbing products, parts, and accessories for residential, commercial, industrial
and government applications.

Sioux Chief’s product line is divided into three core groups: Supply, Drainage and Support. Sioux Chief designs, builds, and maintains its own machines, tools and dies, and equipment. Sioux Chief manufactures
more than 90% of the products it sells and takes great pride knowing industry professionals rely on them for their intense focus on crafting tomorrow’s better rough plumbing tools and equipment.

Your Guide to Choosing the Right Light Bar for Your Car