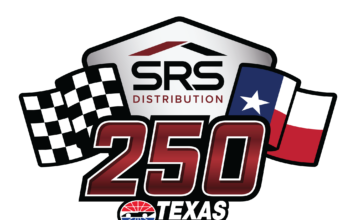 “I felt like stage two we really hit our stride and we were really fast. I feel like us and the 7 (Justin Allgaier) were the two strongest cars. I don’t know what happened that last stage, I don’t know if it was the set of tires or what, but we just gave up track position and never got it back. Sixth isn’t bad, but probably should have been top-two. It’s just tough to pass here and dirty air is really hard. The crew did really good. I really needed a green flag run and unfortunately everybody kept wrecking so we never really had those. I’ll take it, solid day.”

“We finished 12th so not bad, but we got wrecked after the caution came out and got wrecked again. We never really got to show what we had it felt like. I felt like we were fast. Just with the traffic here. We made it to 17th really quick, but then everyone was all stretched out and this track is just tough because you’re riding around and hoping for another caution to get back together. Never really got back to where we needed to be or where we should have been. Just a chaotic event and a wreckfest.”

How challenging was it to come from the back of the field at the start of the race?

“It was challenging, but when we got wrecked after that caution came out and wrecked again, just ruins your day. Have to keep going, but I never gave up and my guys never gave up. Came home with a 12th place car and everyone around us looks better than us so that’s a good thing to say.”

How was your car in the race even with the significant damage to the nose?

“The GR Supra doesn’t look as pretty as it did to start. I hate that we got damage there. I had pretty good track position all day. We got back a little bit early on, but started to make gains in the right direction. All in all, we just missed it a little bit. We will come back here stronger and we know have have another race here in Texas later in the year. This is a key one always to try some stuff for the Playoffs and see if we can’t hit on something, but I think we were definitely better than we were in the past. Still need a little bit of work.”

With the damage, were you surprised you were able to take the lead on the restart?

“I think so. I think clean air here is a really big deal. It would have been interesting if we would have stayed out. I see the 21 finished decent. Just maybe something we tried there to see if it would work for later in the year. I don’t think it did. We’ll rebound and continue to push. We’ve got some good tracks coming up.”