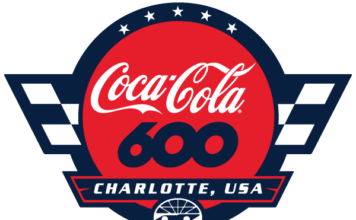 CHARLOTTE MOTOR SPEEDWAYS HAS NORMALLY BEEN REALLY GOOD FOR HENDRICK MOTORSPORTS. WHAT IS IT ABOUT THIS PLACE AND THIS RACE THAT SETS YOUR TEAM APART? HOW ARE YOU PREPARING FOR THIS RACE?

“Obviously, we’re in a bit of a new era now with this car. They had a pretty solid grasp on this event for many years. I watched Jimmie (Johnson) win a lot of these races. Kasey Kahne was really good here at Charlotte (Motor Speedway) throughout his time at Hendrick Motorsports. And even prior to and on down the list.

I think now, things are different. But it’s a new opportunity to try and still be good here and get some good results. We were really fast here last year. That doesn’t really mean anything now. It’s kind of a fresh start. So, looking forward to that. We tested a lot here through the winter, which everyone did. We kind of used this place as our testing grounds, I guess so to speak, throughout the winter and the development of this car. I think a lot has changed since we did that testing and hopefully our cars drive better than it did here in December. But we’ll see.”

IN THE XFINITY RACE, NOAH GRAGSON FINISHED FOURTH AFTER FALLING TWO LAPS DOWN AND ON SEVEN CYLINDERS. HAVE YOU EVER HAD THAT HAPPEN TO YOU AND STILL HAVE A STRONG CAR?

“No, I don’t think so. That’s a super unique circumstance. Typically, when you break one, they all break eventually; or at least that’s been my experience with engine issues.

I’m not super surprised by that. I think this place gets hot and slick. It’s not like you’re just holding it wide open the whole lap, so you have some ability to potentially carry more throttle than the next guy. So if you are down on power, you could potentially make up some time in the corner that would typically hurt you down the straightaway. If you have a really good driving car, I can totally see that being feasible and obviously he did, so that’s really cool.”

YOU’VE ADMITTED THAT YOU’VE KIND OF STRUGGLED WITH THE NEW CAR. WE’RE HALFWAY THROUGH THE REGULAR SEASON, SO I’M GUESSING YOU’RE GETTING A LITTLE MORE ACCUSTOMED TO IT. AS GOOD AS YOU ARE ON ROAD COURSES, WHAT DO YOU ANTICIPATE WITH THIS CAR WHEN WE GO TO SONOMA (RACEWAY)?

“Yeah, that’s a great question. I’m still learning. There’s just a lot of little details that I’m still trying to become accustomed to, feel good about and have enough experience to know what I want in the car. I think that was something where we got to a point with the old car where I could almost identify what part of the car I needed to work better, and I haven’t really gotten there with this car yet. Hopefully I will, at some point, be able to help my guys and be able to steer us in a better direction as time goes.

As far as the road course thing goes, I thought COTA was very similar to what we’ve had. The shifting is a little different. The car does drive a little different here and there, but it’s still road racing and I thought that it showed that throughout the event. I think it will be much like Sonoma (Raceway) of the past; a heavy stock car on four tires turning right and left. I don’t know, we’ll see. But I don’t think it will be much different.”

HOW TUNED IN AND INTERESTED WILL YOU BE KEEPING TRACK OF HOW JIMMIE (JOHNSON) DOES TOMORROW IN THE INDIANAPOLIS 500?

“I’m super intrigued and I’m excited for him. I think he has a legitimate shot at it, from what I’ve kind of kept up with. His performance at Texas (Motor Speedway) I think impressed a lot of people. I wasn’t super surprised by that, just with as good as he is on ovals and how much oval experience that he has. So, I think that’s really cool.

Like I said, I feel like he’s got a shot at the win tomorrow. I’m going to try and keep up the best I can. I feel like our day is always getting kind of busy when that race is going on, or at least when it starts to wind down. It starts to get really good when we’re starting to do sponsor stuff. I’ll try to keep up with it. Hopefully he’s in the running and if so, I might be late to one or two obligations if Jimmie is leading that thing coming down to the end.”

LEADING THE POINTS AS WE START TO GET THROUGH THE REGULAR SEASON AND GETTING CLOSER TO PLAYOFF TIME, DO YOU START PAYING ATTENTION TO THAT REGULAR SEASON CHAMPIONSHIP BATTLE WITH THE ADDED BONUS POINTS?

“Well, it’s worth three wins, right? So, it’s a very big deal. Anything you can do to hedge your bet and having bonus points is just bettering your odds to making it to Phoenix (Raceway). Those points are on the table for everybody at the beginning of the season. We’ve wanted them every year. It’s not just because you’re leading the points that you want them more. We want them all the time. My want for those 15 points is unchanged today versus years past or any other circumstance. We’d love to have them. I think that does nothing but help you, and we’d love to win more races in the process of trying to get there.”

DO YOU THINK ABOUT IT MORE AS THE REGULAR SEASON WINDS DOWN?

I want to do good all the time. Not to be obvious and boring, but I want to do well all the time. If you’re doing good, you’re going to get rewarded for it, and that comes through stages. This race gives out a lot of stage points with having an additional stage in it too. It’s a big weekend for that.”